About Arbor Day and Arbor Month

Every year the DNR celebrates Arbor Day, the last Friday in April (April 28 this year) and Arbor Month, the entire month of May. 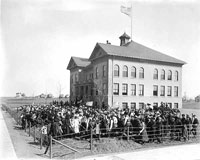 Arbor Day celebrations began in Nebraska in 1872. Nebraska, along with other Great Plains states, had almost no trees. Still, the region grew flourishing agricultural crops and the climate was suitable for growing trees. J. Sterling Morton believed Nebraska needed more trees. He sponsored a campaign for tree planting in Nebraska, setting aside April 10 for just that purpose. In 1876, Minnesota became the fourth state to adopt the tradition of celebrating Arbor Day. Today all 50 states observe Arbor Day on various dates. Minnesota celebrates Arbor Day on the last Friday in April. 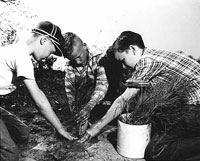 Since 1978, May has been Arbor Month in Minnesota. The warmer weather in May allows newly planted trees to get off to a good start. Plus celebrating the importance of trees is extended for an entire month.