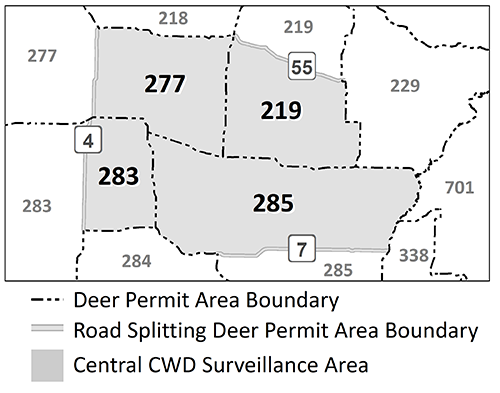 In 2017, a deer at a deer farm in Meeker County tested positive for chronic wasting disease. The DNR implemented its response plan, which calls for three years of surveillance in the area around the facility. Since then, there have been no detections of CWD in wild deer.

Because no wild deer positives were detected in the central surveillance area in its third consecutive year of testing, there will be no more surveillance efforts in this area during the 2020 hunting season.