Deer hunting, including the late CWD hunt, has concluded for 2022 season. Check back on Aug. 1 to plan and prepare for your 2023 deer hunt.

These deer permit areas border one or more deer permit areas designated as a management zone, where CWD in wild deer persists or a slight spread has been documented. Control zones provide buffers that help prevent further disease spread. Deer feeding bans are in place. 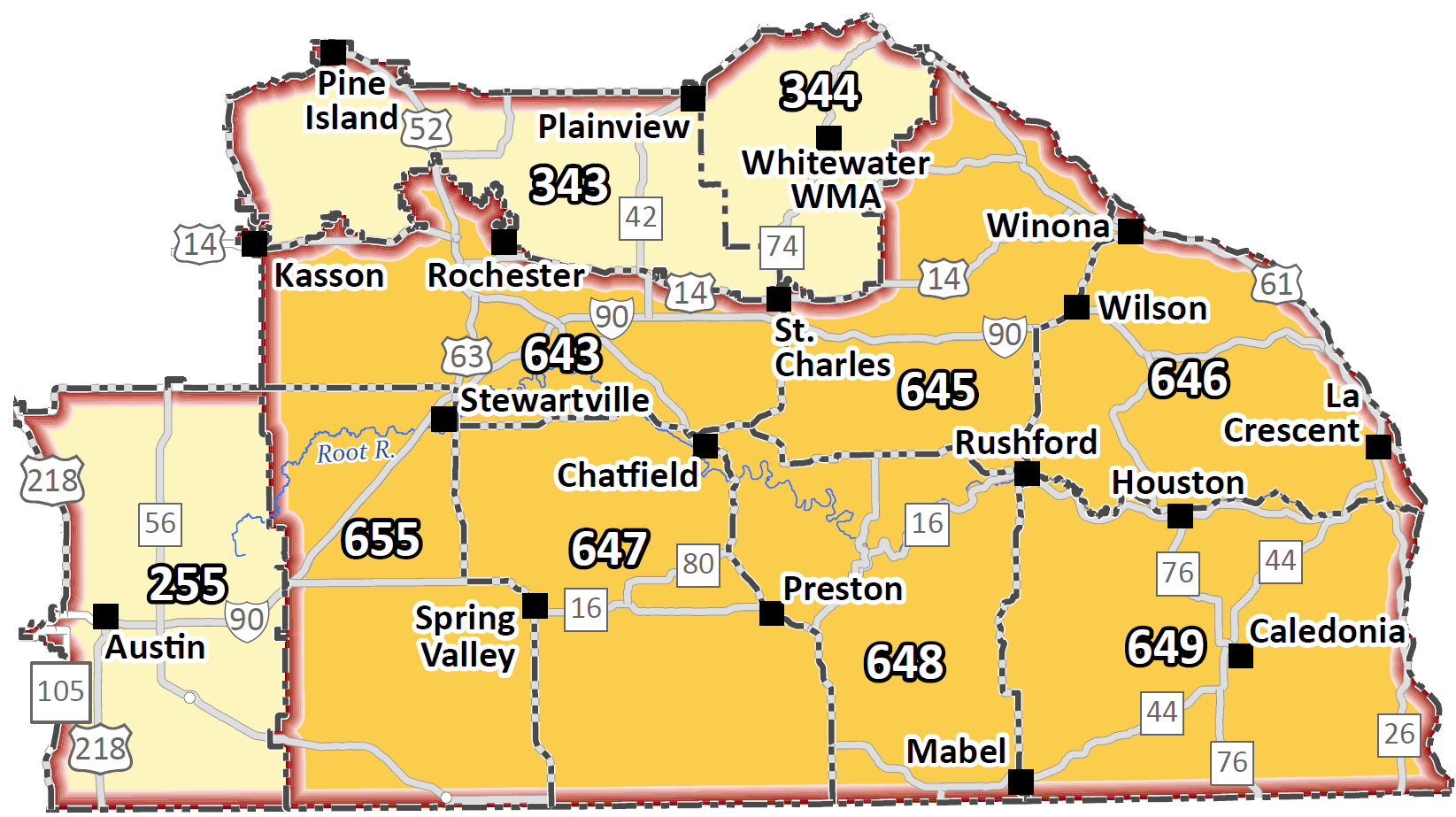 Hunters are encouraged to use the sampling station nearest to their harvest location.

For example, a deer harvested south of Pine Island in DPA 343 could be taken to the Caldonia station in DPA 649 for sampling.

Note that no deer carcass can be transported out of the control zone DPA where it was harvested (light yellow on the map) or an adjacent management zone DPA (dark yellow on the map) until a "not detected" test result is received. Hunters can immediately transport properly prepared meat and dispose of remains within the area using quartering stations and dumpsters available at some sampling stations.