Who to contact if you find a sick or injured wild animal:

Contact local rehabilitation clinics or rehab professionals, or let nature take its course. Note: The Minnesota DNR does not have the staff or resources to respond to every injured or distressed wildlife report.

What to do if you find a sick or injured wild animal: 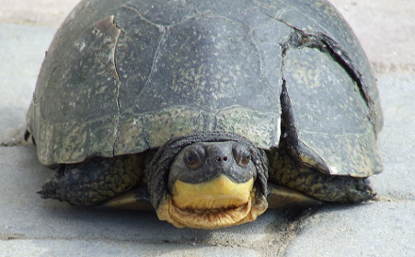 NOTE: An unlicensed citizen may NOT attempt to rehabilitate an animal on their own. It is also unlawful to possess or transport injured wildlife for greater than 24 hours unless permitted to do so. Citizens should volunteer or partner with rehabilitation permit holders in order to transport orphaned, sick, or injured wild animal(s) (Rule 6244.0400). Find out more about permitting requirements.

NOTE: It is unlawful to release non-native animals in Minnesota! Red-eared Slider Turtles, European Starlings, Pigeons (Rock Doves), Mute Swans, and House Sparrows are some examples of animals non-native to Minnesota. Bullfrogs are also non-native outside of Fillmore and Houston counties in Minnesota. Learn more about invasive species.