Royalties and rentals on State-managed mineral rights contribute a significant amount of money to the Public School Trust, University Trust, and General Fund, as well as local communities. Understanding the mineral potential on each parcel is vital to understanding the future value and uses of the parcel. Sometimes the greatest value for a parcel comes from its minerals; the greatest values for other parcels comes from its biodiversity.

Laser-induced breakdown spectroscopy (LIBS) and electron microprobe (EMP) analyses were completed in the late spring and early summer of 2017. Four granitic pegmatite samples (from the same pegmatite), were analyzed using LIBS. 22 feldspar samples (from three pegmatites) were analyzed using EMP. All of the samples were collected near the town of Orr, Minnesota in the fall of 2016. This data release contains the results from those analyses and a map of the sample collection sites.

This release only contains raw data. It does not contain any conclusions or interpretations. The next steps will be to collect LIBS data from glacial till as well as from additional granitic pegmatite feldspar samples from Minnesota. We will release a report about our findings when all of that information is collected and processed.

This is a release of four whole rock and trace geochemical analyses of granitic pegmatite. Field work to collect the samples occurred last fall, near the town of Orr, Minnesota. This data represents the first results of a new study examining State-managed mineral rights for lithium mineralization in Minnesota. The data released includes the April 27, 2017 laboratory report, a map, and spreadsheet files summarizing the information collected. These documents, and a more detailed description of the project, are available:

Why Look For Lithium?

Lithium has been used for a long time in ceramics, glass, lubricants (check your hardware store for "white lithium"), refining metals during the casting process, creating lightweight metals for airplanes and space vehicles, and medications. One of the most obvious and fastest growing uses for lithium is in our batteries. Lithium batteries are helping us to power our cell phones, laptops, cars, trucks...anything you can put a rechargeable battery in!

Because everyone likes having the newest technologies, there has been an eager interest in new sources of lithium. Currently, most lithium is mined from granitic pegmatites or brines. It is also thought that there might be economic quantities in some clay deposits and in a recently discovered mineral called jadarite.

Is There Lithium In Minnesota? 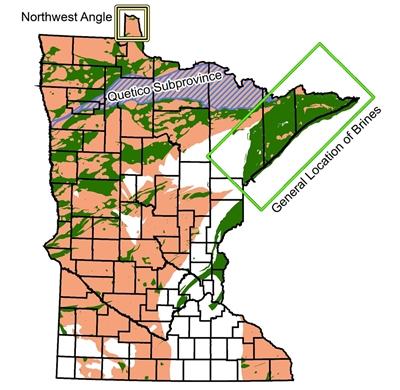 Figure 1 - Map of Minnesota where lithium deposits could be.

We do not really know yet. We do know that there is a little bit of lithium in Lake of the Woods County, up in the area called the Northwest Angle. The Northwest Angle is probably not the only place that lithium occurs. In fact, most of Minnesota has the right kinds of geology to find lithium in granitic pegmatites, brines, and in clays. Minnesota even has a group of rocks called the Quetico Subprovince (Figure 1), which crosses the border into Ontario. In Ontario, the Quetico Subprovince is known to have lithium deposits in granitic pegmatites. Until this project started, there has not been a program to systematically evaluate the potential for lithium in Minnesota on state-managed mineral rights.

Figure 1: This map of Minnesota shows where lithium deposits could be. Pink colored areas in the bedrock that are the most likely to have granitic pegmatites. Dark green areas show where the bedrock could have granitic pegmatites but it would be unlikely. White areas are the least likely areas in the bedrock to have granitic pegmatites in them. The green box around part of northeastern Minnesota shows the general location of known underground brines. The location of the Northwest Angle is shown by the yellow box and Quetico Subprovince is shown by the blue stripes. Clays in Minnesota are very abundant and if shown would pretty much cover the entire map. That would make it very hard to see any other features! Even though they are not shown here, clays are still important. The DNR, Minnesota Geological Survey, Natural Resources Research Institute, and the United States Geological Survey have published several reports and maps about clay locations and properties.

This Is Really Interesting To Me.
Who Can I Talk To At The DNR To Learn More?