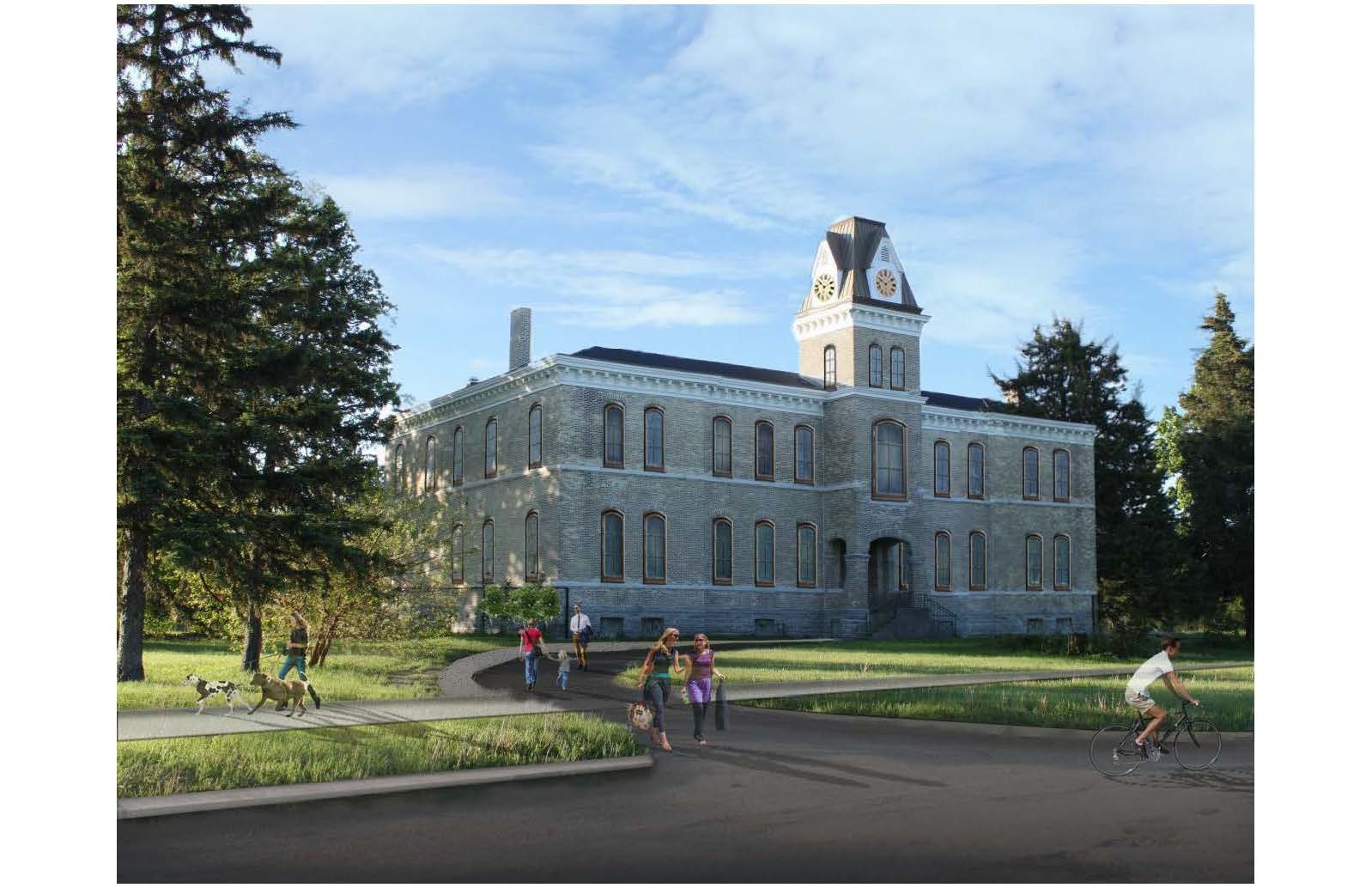 Expected to open in 2021, the Upper Post Flats will give housing preference to veterans and their families.

"This is an outstanding example of a public-private partnership with important benefits for Minnesotans," said Gov. Mark Dayton. "It comes at a time when there is a great need for affordable housing."

A report by the Governor’s Task Force on Housing, published in August, called for the creation of 300,000 new affordable housing units by 2030.

Built in the late 1800s, the 26 buildings at the Upper Post have been managed by the DNR Parks and Trails Division since 1971, when the property was transferred as part of the Federal Lands to Parks Program. The site was the point of departure for thousands of Minnesota soldiers during the Spanish American War, World War I, and World War II. It was the site of the Japanese language school for the entire U.S. military from 1944 to 1946.

"The Fort Snelling Upper Post was once regarded as one of the most endangered historic sites in the nation, but today we are taking a significant step toward preserving it for future generations," said DNR Commissioner Tom Landwehr. "The DNR is pleased to be working with Dominium on this redevelopment project, and we can hardly wait to see these beautiful old buildings occupied again after standing empty for so long."

The approximately $100 million project will be financed through a combination of Low-Income Housing Tax Credits, Federal and State Historic Tax Credits, tax exempt bonds and other sources.

"We are very appreciative of Gov. Dayton, Commissioner Landwehr, and the other members of the State Executive Council for recognizing the value of this project and supporting it," said Paul Sween, managing partner for Dominium.  "We have successfully transformed the Schmidt Brewery on West Seventh Street in St. Paul, the Pillsbury A-Mill in Minneapolis, and other historic landmarks, and we look forward to doing the same at the Upper Post."

Next steps will include finalizing the design and seeking approval from the Minnesota State Historic Preservation Office. Dominium expects to close on financing by late summer or early fall 2019.

Under the agreement, the state of Minnesota retains ownership of the site, but all management and operation of the buildings and site amenities will be Dominium’s responsibility.

For more information about the project, visit www.upperpostflats.com.