Water that’s safe to drink, cook, and bathe with is now available for visitors at Blue Mounds State Park in southwestern Minnesota, according to the Department of Natural Resources. Over the winter, contractors made the final connections to Rock County Rural Water System, ending a safe drinking water problem that spanned five camping seasons. 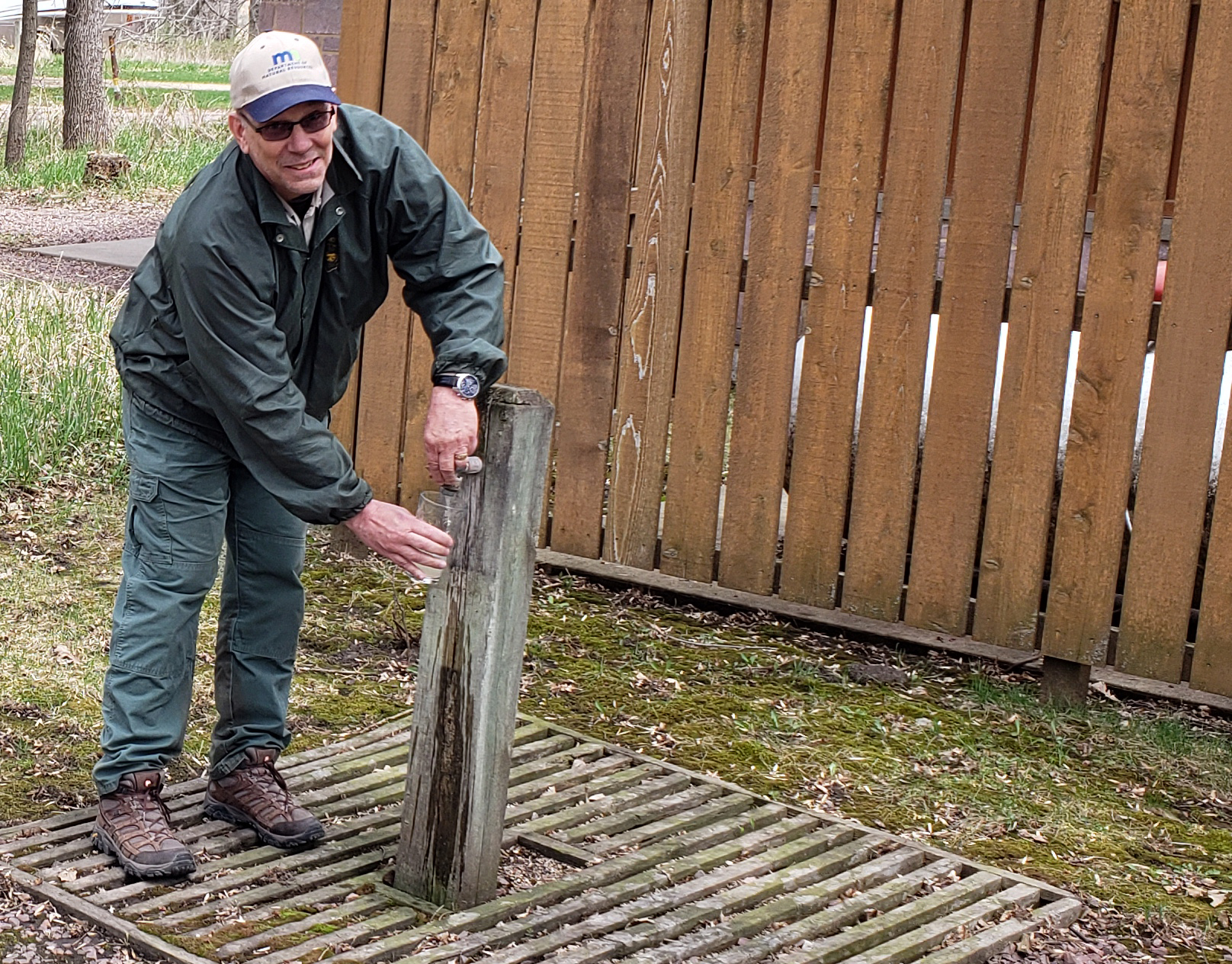 "We’re excited to have water service restored," said Blue Mounds State Park manager Chris Ingebretsen. "We appreciate the patience shown by our visitors, and look forward to welcoming them for the 2019 camping season."

Water service was first disrupted at Blue Mounds State Park in 2014 when E.coli bacteria was discovered in the park’s well. A second well was dug that year, but it also contained E.coli. That meant the park needed to look elsewhere for a water source.

"This was a fairly complex project," Ingebretsen said. "The Sioux quartzite rock that underlies the park makes Blue Mounds unique and special, but it’s also the very thing that complicated the project since contractors needed to drill and blast through so much bedrock to bring in underground water lines."

After a summer of working to connect water service to the park, the connection was finally completed in December, and system testing on the project’s first segment concluded in mid-February. Testing on water lines to the campground concluded late last week, giving the all-clear for water service ahead of the 2019 camping season.

"We’re especially grateful for the hospitality from the city of Luverne and the Luverne Area Aquatic and Fitness Center," Ingebretsen said. "By cooperating to provide shower facilities for our park guests, they ensured campers were still able to have a good experience these past five camping seasons."

Founded in 1937, Blue Mounds State Park is home to a spectacular 1.5 mile rock cliff outcrop, numerous native prairie grasses and flowers, as well as Minnesota’s first state-owned herd of bison. In 2018, the Park began to offer bison and prairie tours with a DNR naturalist on a specially-designed vehicle funded through the State of Minnesota’s Legacy Funds.

Camping is available via the DNR’s reservation system, at mndnr.gov. A vehicle permit is required to enter all Minnesota state parks, which cost $7/day or $35/year.  Other important tour park information can be found at mndnr.gov/bluemounds.