The 19th class of candidates to take part in the Department of Natural Resources’ Conservation Officer Academy has begun training at Camp Ripley. 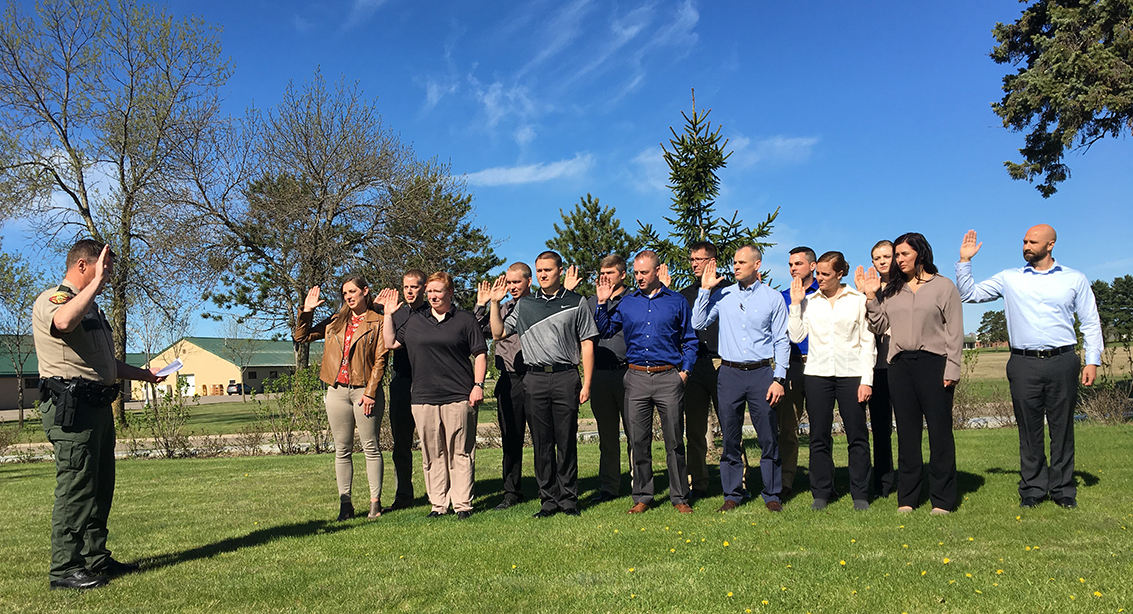 This year’s class includes 14 recruits who bring with them a wide variety of backgrounds and experiences. Some of them have been sheriff’s deputies and police officers, while others serve for the Minnesota National Guard or decided to make a career change and study to become a conservation officer.

"As with all the men and women who’ve proudly served this division and the people of Minnesota since 1887, I’m confident these 14 people will continue our tradition of enforcing natural resources laws and understanding the importance of education and outreach as we serve the people of Minnesota," said Rodmen Smith, DNR Enforcement Division director.

The officer candidates began training at Camp Ripley on May 20 and will continue there until August, learning about topics ranging from fish and wildlife laws to patrol procedures, and rules of evidence to fish and wildlife investigation.

They’ll also learn about the vital role conservation officers occupy in their communities and the part they play in developing the next generation of anglers, conservationists and hunters. Upon graduation, they’ll spend several months field training with experienced officers. The candidates will be assigned to their own stations in December.

"Conservation officers live in the areas they serve and, due to the nature of their work, become integral parts of their communities," said Smith.

Attendees of this year’s Academy bring with them a wide variety of experiences. Some have a traditional law enforcement background while others took part in a program called CO PREP, which provides candidates before the Academy with law enforcement training such that they’re eligible for Peace Officer Standards and Training certification. Over the years, the CO PREP program has been highly successful in creating a conservation officer workforce that more closely reflects the state’s population.

There are 155 conservation officer field stations in Minnesota. Currently, 27 of them are vacant; this current class will reduce the vacancies by about half. Each station covers about 650 square miles.