During a treatment operation for a recently confirmed small population of the invasive plant flowering rush in Grants Lake, specialists from Douglas County and the DNR found multiple zebra mussels on a settlement sampler hanging on a dock. Settlement samplers are solid surfaces placed in the water that people can regularly check for attached zebra mussels. 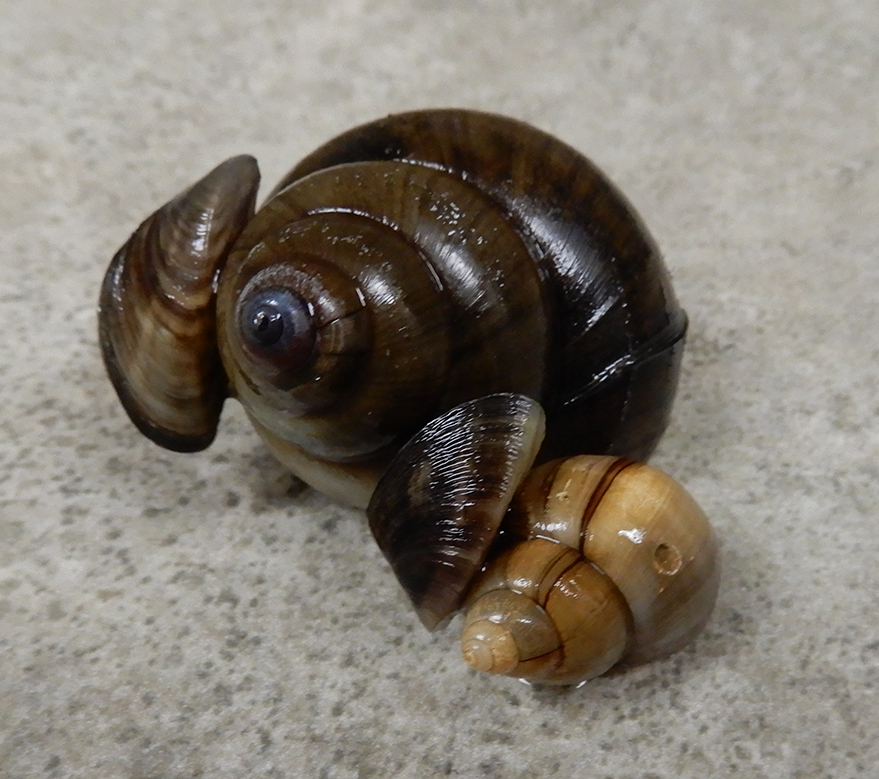 Following a credible report of a single adult zebra mussel in West McDonald Lake last month, DNR divers searched three areas of the lake. They examined more than 2,000 objects in the lake and did not find zebra mussels. During a follow-up search, DNR divers found two zebra mussels about 700 feet from the location of the original report.

Whether or not any invasive species has been confirmed in a lake or river, Minnesota law requires boaters and anglers to: