A vigilant Washington County watercraft inspector prevented the introduction of zebra mussels to Big Marine Lake in Washington County, which is currently not known to be infested with the harmful invasive species. 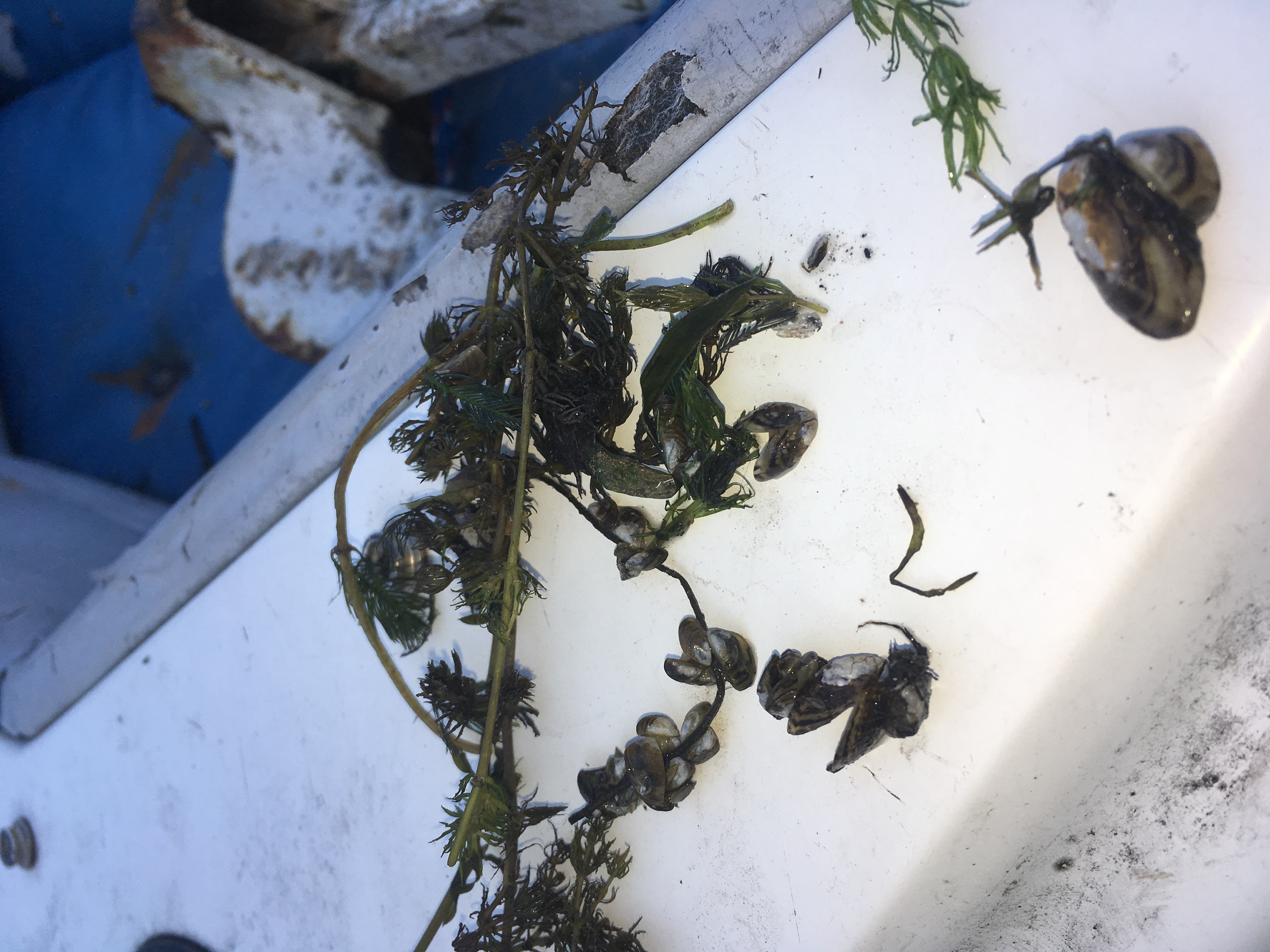 "This incident is an example of the great collaboration between the counties and the DNR inspector training program," Doll said. "It also reminds everyone to inspect watercraft when they leave infested waters or face a fine and the possibility of infesting a Minnesota lake."

The Washington County inspector said the sides and bottom of a boat entering a Big Marine access appeared to be clean. Upon checking more closely, she spotted live zebra mussels on vegetation that had not been cleaned from the boat’s anchor. The boat’s operators said the boat had been on White Bear Lake earlier that day, where zebra mussels were confirmed in 2014.

The investigation into the incident is ongoing. First-time offenders trying to bring a watercraft with invasive species onto a lake that is not known to have that invasive species face up to a $500 fine.

The DNR trained more than 900 county watercraft inspectors in 2019, to supplement the 100 DNR inspectors and many DNR Enforcement Officers statewide.

Whether or not a lake is known to have any invasive species, Minnesota law requires boaters and anglers to:

More information is available at mndnr.gov/ais