Fourteen people who’ve spent the past 15 weeks at Camp Ripley immersed in their new careers as Department of Natural Resources conservation officers have graduated from the CO Academy and are set to begin patrolling Minnesota’s fields, waters and woods. They’ll spend the next several months in the field working with experienced officers before assuming their assigned stations all across the state. 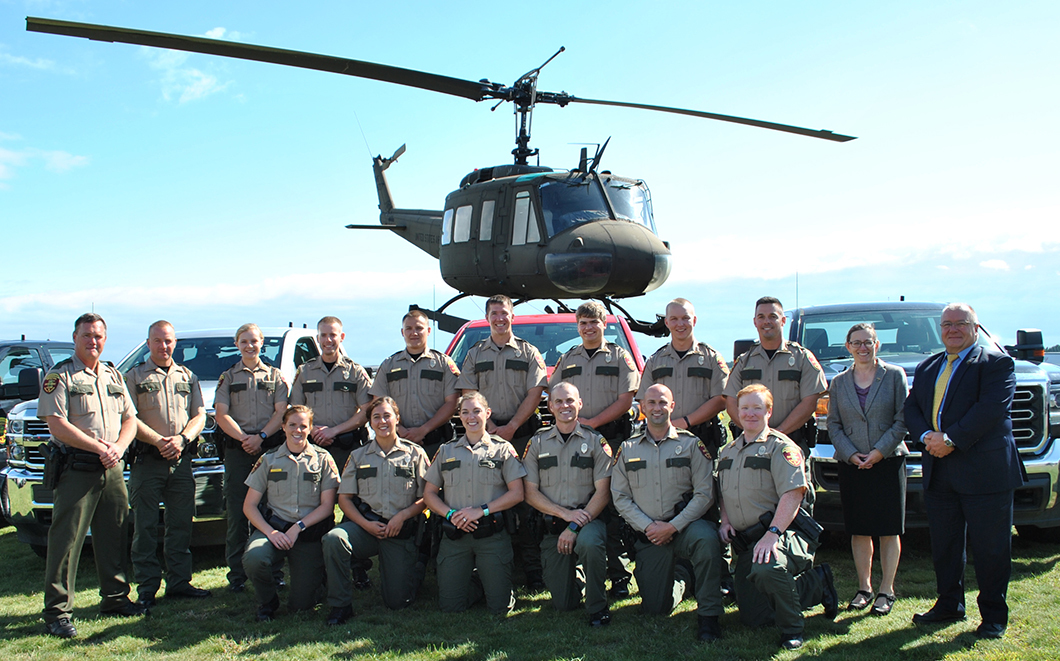 "DNR conservation officers work day in and day out to protect Minnesota’s people and natural resources, and have done so since the 1880s," said Col. Rodmen Smith, director of the DNR Enforcement Division. "It’s an honor to wear the badge and a privilege to serve, and I’m confident each of these officers is up to the task of carrying on the Enforcement Division’s proud tradition."

Minnesota conservation officers are among the most highly trained in the nation in part due to the Academy training they receive before heading afield. This is the 19th formal CO Academy the DNR’s Enforcement Division has held. At the Academy, recruits are trained in all aspects of being a conservation officer and learn from experienced officers and other experts about a wide variety of topics, including education/outreach, fish and wildlife laws, patrol procedures and environmental enforcement. Cadets are tested each week and put through practical scenarios that reflect what they’ll encounter in the field.

Each of the graduates was chosen from among hundreds of applicants and underwent rigorous examinations, psychological profiles and background checks before beginning at the Academy.

There currently are about 29 vacant conservation officer field stations in Minnesota, which means the number of field officers is similar now to what it was five decades ago. The number of vacant field stations will be halved when this year’s graduates begin in their stations. The DNR plans to hold another Conservation Officer Academy in spring 2020.