The Minnesota Department of Natural Resources has implanted a small tracking device in a silver carp captured on the St. Croix River Tuesday. This is the first time the DNR has tagged a silver carp, an invasive species that competes with native species for food. 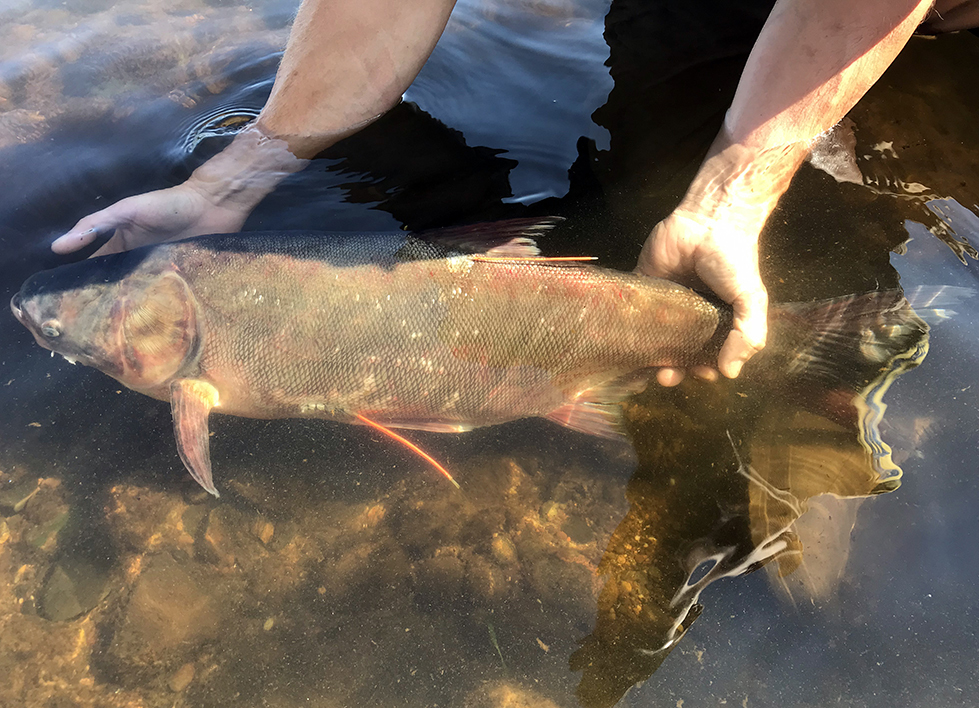 The tagged silver carp will provide the DNR with valuable data on the movement and habits of this invasive species in the river system. The capture and tagging of the carp was a direct result of the DNR’s tracking of a previously tagged bighead carp.

The DNR and a contracted commercial fishing business were tracking and attempting to net the tagged bighead carp Tuesday when they captured the silver carp 2 miles south of the I-94 bridge over the St. Croix River.

BACKGROUND
A few more invasive carp than usual have been captured in 2019, likely because persistent high water in southern Minnesota, Iowa and Illinois created prolonged "open river" conditions in which fish could move up the Mississippi River unimpeded by the river’s locks and dams. Open river conditions can benefit native species like lake sturgeon and paddlefish, which swim hundreds of miles in search of preferable habitat. Unfortunately, these conditions also allow other, non-native species to move upriver more easily.

Frohnauer noted that, while the DNR continues to be concerned about the potential impacts of invasive carp in Minnesota waters, individual adult fish captures do not indicate reproduction or an established population of invasive carp in the Mississippi River or elsewhere in the state. Individual invasive carp have been caught as far upstream as Mississippi River Pool 2 near the Twin Cities (bighead, grass, and silver), the King Power Plant on the St. Croix River by Oak Park Heights (bighead), and just downstream of Granite Falls in the Minnesota River (bighead).

Invasive carp have been progressing upstream since escaping into the Mississippi River from southern state fish farms in the 1970s. These large, filter feeding fish compete with native species and pose a threat to rivers and lakes.

The DNR Invasive Species Program has built partnerships with state and federal agencies, conservation groups, university researchers and commercial businesses to prevent the spread of invasive carp. The 2015 closure of the Mississippi River lock at Upper St. Anthony Falls in Minneapolis was a major accomplishment resulting from these efforts.

Invasive carp captures must be reported to the DNR immediately. Call 651-587-2781 or email [email protected]. Take a photo and transport the carp to the nearest DNR fisheries office or make arrangements for it to be picked up by a DNR official.