The boundary of the MRCCA is established through a legal description published in the State Register. This metes-and-bounds legal description generally follows public land survey section lines and roads as they existed at the time of designation.

The 2017 rules contain six districts that replace and more accurately represent existing and planned future development than the four districts in Executive Order 79-19:

Map panels are available to see how districts are geographically distributed within the MRCCA. Titles include the names of the cities at the northern and southern extend covered by each map panel. 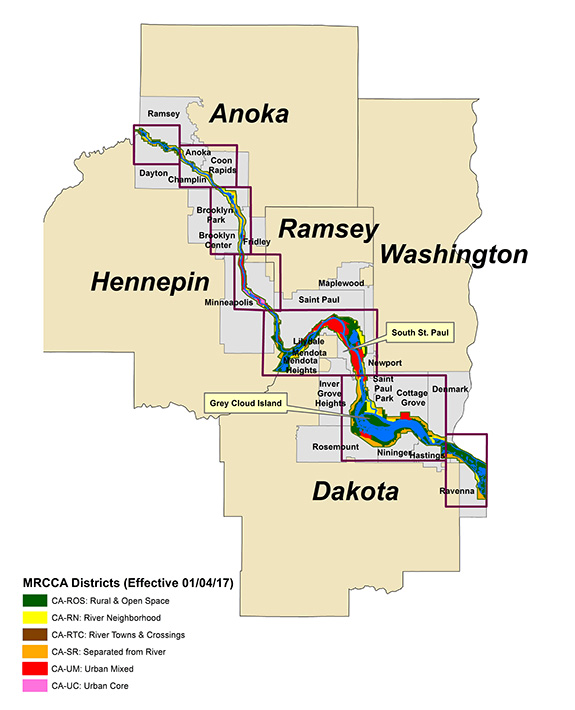