Living with wolves and resolving conflict

Many people live, work and recreate in wolf country in Minnesota.

A person’s reaction to a wolf encounter may vary depending on their experience and understanding of wolf behavior.

To one person, seeing a wolf may be thrilling, while for another it could be very concerning.

Wolves can have real impacts on livestock producers and pet owners. It’s important that methods are in place to prevent and avoid these interactions and to reduce conflicts when they occur. Years ago, wolf-human interactions were very rare in Minnesota. It is not that way anymore.

Things to know about living with wolves

Planning for the future

There are mechanisms in place to try to address the conflicts that domestic animal owners have with wolves. When the state adopted the 2001 Wolf Management Plan, it adopted many of the same practices that address wolf-livestock conflicts under the federal Endangered Species Act, and allows more flexibility for individuals to take wolves that are causing damage. As part of the DNR’s commitment to a responsible, conservative and science-based management strategy, the updated wolf plan will continue to ensure the long-term survival of wolves and address wolf-human conflicts. 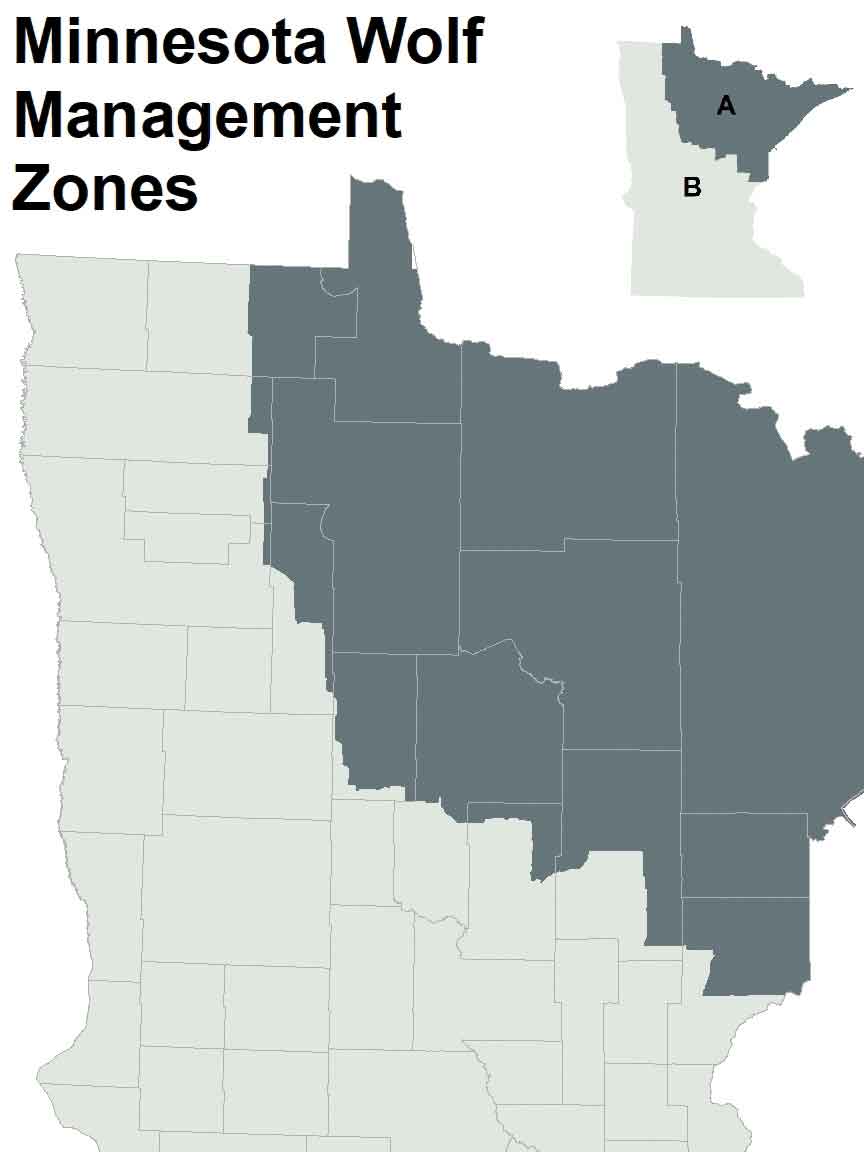 Under state law, Minnesota created two state wolf management zones (not in effect when wolves managed by the federal government under Endangered Species Act). They differed only in depredation policies.

In Zone A, which constituted about 85 percent of the wolf range, wolves could be taken by private citizens, under certain conditions, if they posed an immediate threat (as defined in state statutes) to livestock or domestic pets under owner supervision.

Furthermore, when losses of livestock or pets had been verified as wolf depredations, the state would provide a government or state-certified private trapper to remove wolves in a defined area.

Those same rules applied in Zone B, but landowners, under certain conditions, were given added flexibility (immediate threat does not apply) to take wolves to protect livestock, and they could individually hire a state-certified trapper to protect livestock in a defined area.

Because management to address damage concerns occurs regardless of Endangered Species Status, the DNR should evaluate these practices and see how they best address the needs of Minnesota’s residents in resolving, or reducing conflicts, while assessing methods that may prevent or mitigate conflicts.