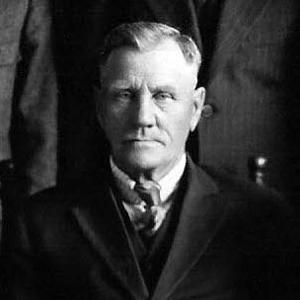 History of the Ole Huseby Homestead

Ole Huseby was born in Norway in 1863 — one of eight children (five boys and three girls). Four of the children (three boys and one girl) would later come to America. Ole was one of them, coming to America in 1882 at the age of 19. He first settled in Norman County and worked as a farm laborer.

In 1887, he moved to Tansem Township in Clay County. Three years later he married a neighbor, Marie (Mary) Anderson, and they started their family of 13 children (seven boys and six girls).

In 1903, Ole and Marie purchased a 240-acre farm, portions of which would later become the Blanket Flower Prairie Scientific and Natural Area (SNA). In 1908, they purchased another 80 acres from the Northern Pacific Railway Company to add to the farm. They raised cattle and grew crops wherever they could in the rocky and hilly country.

The original house stood in the same place as the present house. Between 1917 and 1918, they tore down the old house and built a new one in stages. Later they built a new barn and some outbuildings. Ole and his sons did all the construction themselves.

Ole passed away in December 1931, leaving Marie and the children the farm.

Marie passed away in September 1953. Gerhard, one of the sons bought the farm from his mother's estate in December 1953. He raised cattle and grew crops. In January 1954, Gerhard married Muriel. They would have two children. Gerhard and his son were killed in a car accident in December 1968. This left his widow, Muriel, with the farm.

In August 1971 Muriel sold the farm to Rudolph Huseby, who was Ole and Marie's youngest child. Rudolph continued with the farming business for several years. After he sold his cattle, he occasionally sold portions of the farm. He also had some of the land in CRP.

In October 2001, Rudolph sold the remaining portion of the farm (about 160 acres) to Ole's and Marie's granddaughter, Connie (Hauger) and her husband Terry.

When the DNR approached the Hauger's in 2010 about purchasing some of their property for a SNA, the family decided it would be a good way to honor Ole and his descendents because it would restore and preserve some of his land like he first found it. Also a portion of the SNA would be named after him — the Ole Huseby Homestead Unit of the Blanket Flower Prairie SNA.

On Nov. 17, 2011, the Hauger's sold about 130 acres to the Minnesota DNR for the Blanket Flower Prairie Scientific and Natural Area, in remembrance of Ole Huseby and all the Huseby family.