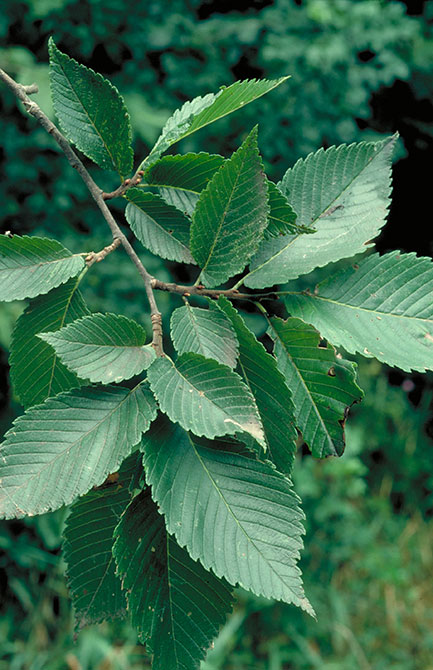 Click on the images to help you identify an American elm.

Winged samara, light green, oval, and waferlike in appearance; seed portion in the center surrounded entirely by the wing; outer end of each wing deeply notched; seeds hang in clusters, ripen in spring, and are widely scattered by the wind.

Hardy throughout the state; more abundant on rich bottomlands in the southern half of Minnesota; moderately shade tolerant, fast-growing. Very susceptible to Dutch elm disease.