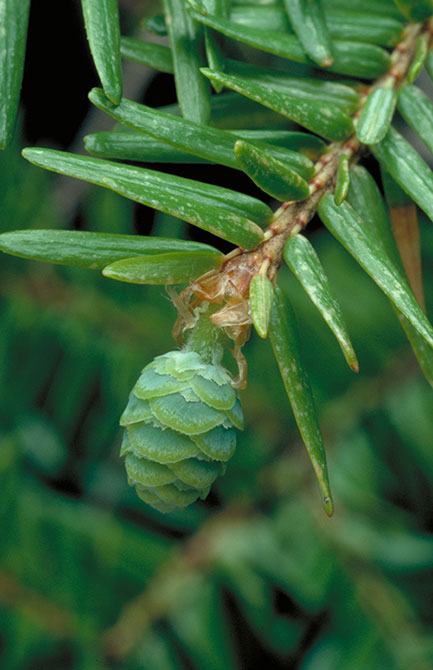 Click on the images help you identify an Eastern hemlock.

Needlelike, 1/3" to 2/3" long; flat but blunt, scattered and borne in many rows, but usually twisted into a two-rank arrangement; remains on twig for two or three years, but falls rapidly if twig is dried, leaving twigs roughened by woody, raised projections. Most buds are scaly and not resinous.

Cone is 1/2" to 3/4" long with scales almost as wide as long; borne at the end of the twig; ripens in the first autumn. Seeds are winged, slightly resinous, and about 1/16" long.