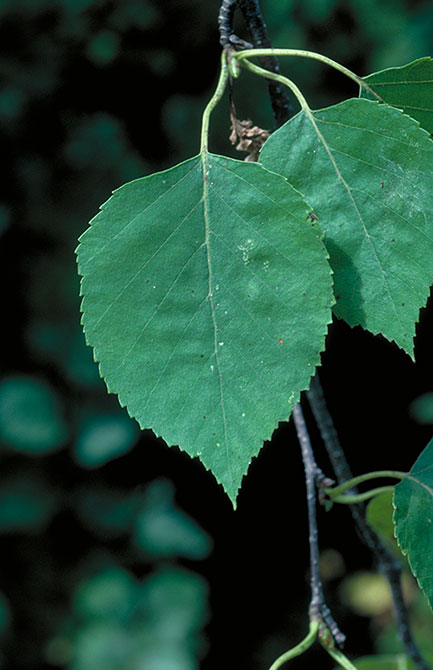 Click on the images help you identify an Paper birch.

Simple, alternate on stem, length 2" to 3"; oval or heart shaped, pointed, rounded at base, irregularly toothed; becomes thick and leathery in texture; dull on upper side and yellowish green on lower side; turns light yellow in autumn.

Nutlet resembles a cone and contains many tiny seeds; nutlets are tightly grouped in a 1" to 1-1/2" long catkin; ripens in August and September.

Generally abundant throughout the state except the southwest; shade intolerant, fast growing.