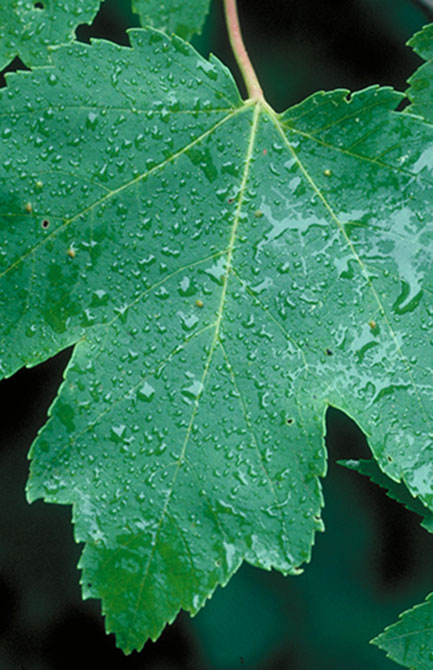 Click on the images help you identify an Red maple.

Simple, opposite on stem, length 2" to 4"; has three- to five-pointed saw toothed lobes separated by sharp angular openings; upper surface is light green when mature; lower surface is whitish and partly covered with pale down; first of the maples to turn brilliant shades of red, orange, and yellow in autumn. Winter buds are small, red, and somewhat rounded.

Distributed throughout the eastern half of the state as far south as Houston County and west to a line running south from Mahnomen to Redwood Falls; shade tolerant, moderately fast growing.

Heavy, close-grained, rather weak, light brown; used in the manufacture of cheap furniture, woodenware, and fuel; wood has little commercial value; the bark is sometimes used in dyeing. Shape and beautiful foliage colors make this an important ornamental tree.