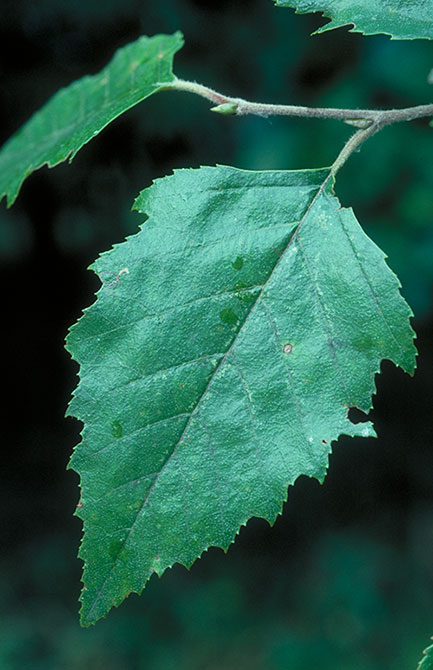 Click on the images help you identify an River birch.

Height 40' to 60' with a diameter of up to 24"; a mature tree usually has a short trunk that divides into several large ascending limbs that compose an open, irregular crown of slender drooping branchlets.

Grows along rich bottom lands of streams and rivers in the southeastern corner of the state, especially in the Mississippi and Root River valleys; common along Mississippi River as far as Wabasha County; also reported near Mankato; shade intolerant, moderately fast growing.

Light brown, close-grained, hard, and strong; used in the manufacture of furniture; however, since this tree is scattered in its distribution and mostly confined to banks of streams, it does not figure largely in commercial lumbering but is used to a great extent for fuel. Used in erosion control projects and ornamental plantings. Only native birch resistant to the bronze birch borer.