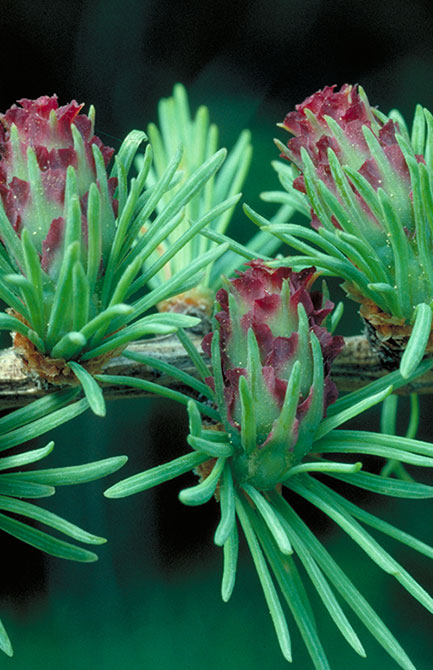 Click on the images help you identify an Tamarack.

Straight, upright trunk extending to top of tree; spreading or ascending branches; height 40' to 70', diameter 14" to 24". Large trees are rare because most old specimens were killed years ago by the larch sawfly.

Needlelike, flat, soft, slender, length about 1"; borne in clusters on spurlike branches and distributed singly on terminal shoots; bright green in spring, turning dull yellow in September or October just before falling. Tamarack is the only conifer in Minnesota that sheds all its leaves each fall.

Found chiefly in the swamps in the coniferous forest region of northern Minnesota; occasionally found in drier localities where it reaches larger size; also found southward scattered in cold swamps throughout the hardwood region as far south as the Twin Cities; shade intolerant.