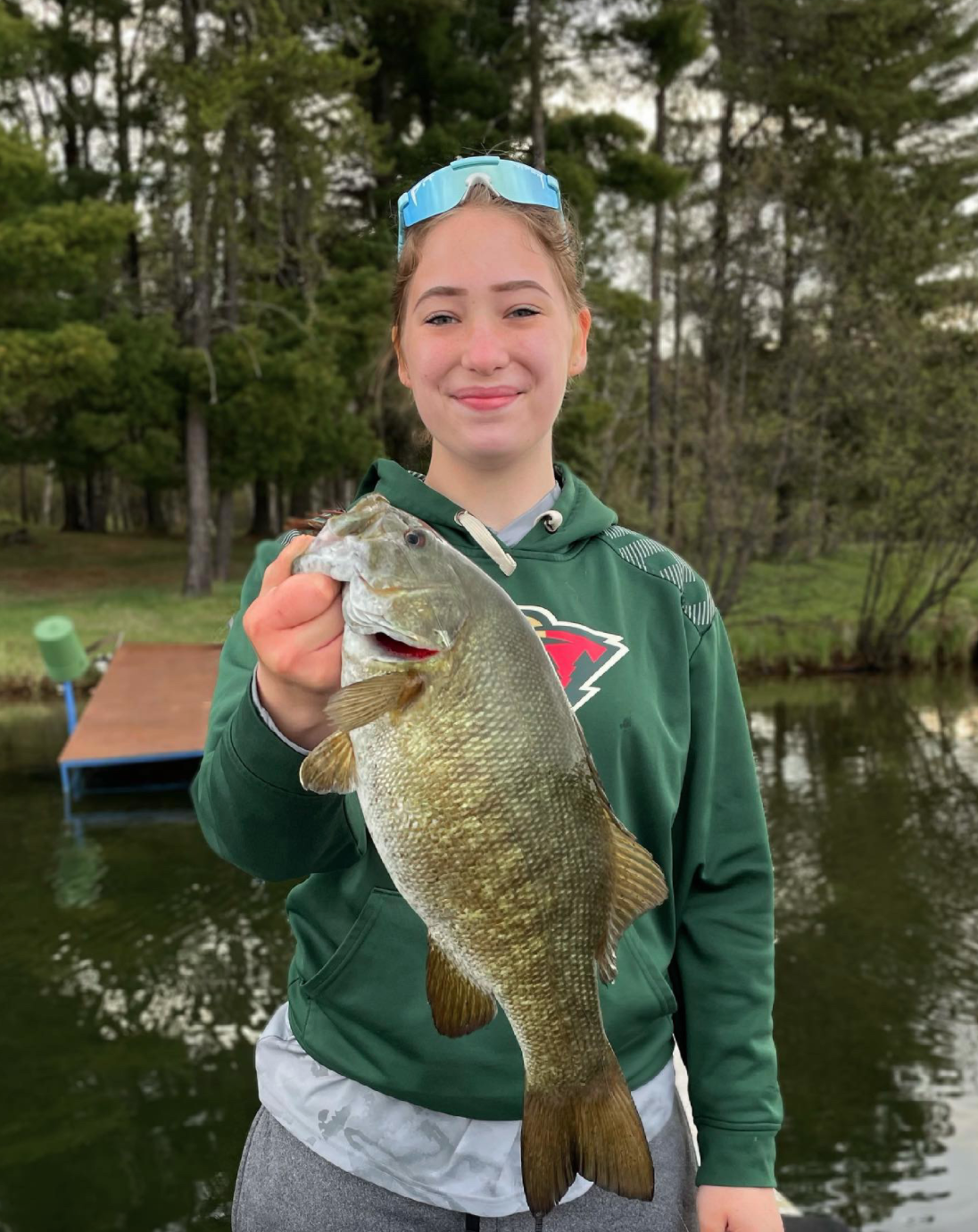 I took this picture during a trip to my cabin with my cousin. We woke up early in the morning to go fishing. It was really cold but we got into my cousin's rickety old boat and set out to the north end of Burrows lake. I was casting around a swim jig and fish after fish got me so excited! I decided to cast near a dock and boom, it was immediate dead weight. I wasn’t sure what kind of fish it was until it was near the boat. I saw the beautiful sandy colors of a smallmouth bass. My cousin netted it and as soon as it was in the boat I was jumping and yelling so loud. It was 20 inches and 4.5 pounds. My biggest fish of that species! As soon as I got the photo I set her back in the water and it was a perfect release. This was just the start of my day!

We continued fishing and notice all the suckers in the water lying on sandy beds. That was super cool. I don’t think I’ve ever seen so many in one place. It was really unique. After our morning fishing trip, we went back for lunch and went back in the boat right away. We trolled around the bays of the lake for largemouth bass. Again, it was fish after fish and I was still using my trusty jig when I set hook into something big. Once again, my cousin netted the fish and this time it was a 22 inch largemouth bass weighing in at 5lbs. This was my new personal best! I released it with the hopes of someone else catching this beautiful fish. With hopes of it making babies that will grow just as big so other people could enjoy this as much as I did.

Later that weekend my cousin and I continued to troll along shorelines searching for more largemouth bass. Again, with my lucky bait, I caught another largemouth, this time coming in at 21 inches and 4.7lbs. I could finally say this was one of my best fishing trips I had on the water and I really hope more people can get into a sport like this, especially women.

Without the help of the Spartan Angling class @spartanangling I wouldn’t know nearly as much about habitat and fishing skills. The class opened up my knowledge and appreciation for the lakes. I’m grateful for the fact I grew up in Minnesota with a lake around every corner. I’m grateful I’m allowed the opportunity to catch these beautiful creatures.