When Minnesota became a State in 1858, the federal government granted sections 16 and 36 of every township, or their equivalent, to the State "for the use of schools". Alternative sections, referred to as Indemnity Lands, were also granted to account for sections that had already been claimed, were within Native American Reservations, or were under water. Lands were also added by the federal government with the Swampland grant of 1860 (about 4.7 million acres), and the Internal Improvement grant of 1866 (500,000 acres). These original land grants resulted in nearly 8.1 million acres of land granted for the use of public schools and are jointly referred to as School Trust Lands.

The Minnesota constitution established the Permanent School Fund (PSF) to ensure a long-term source of funds for public education. The PSF consists of the accumulated revenues generated from School Trust lands which are managed for the benefit of Minnesota's K-12 public schools. 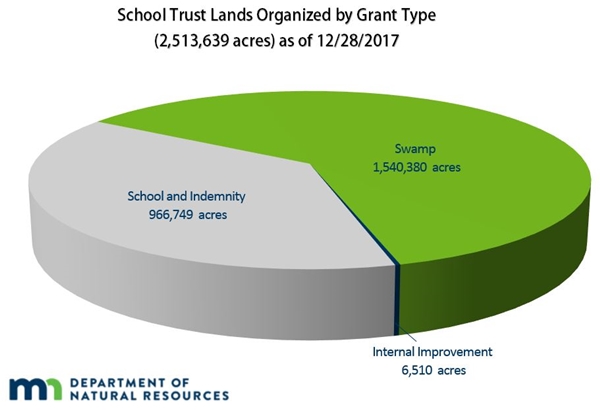