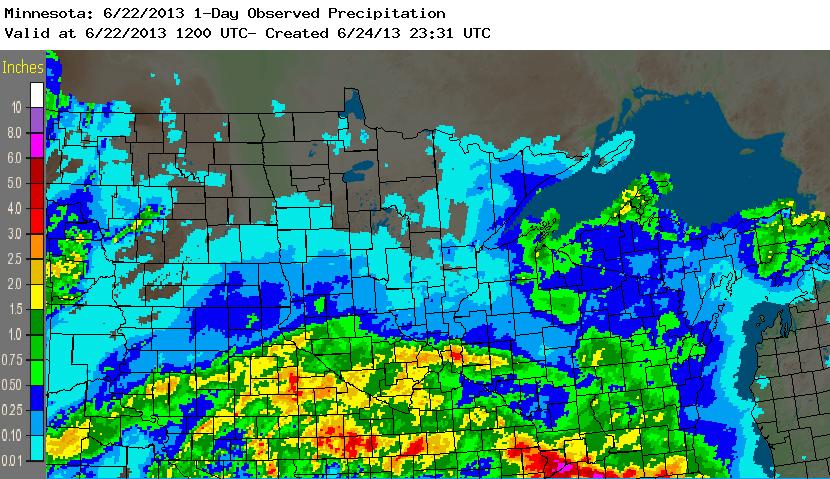 In the late afternoon and evening of Friday, June 21 and the early morning hours of Saturday, June 22 a powerful complex of thunderstorms marched across the southern one-half of Minnesota, producing damaging winds, hail, and flooding rains. It was the second such event in less than 24 hours, following closely on the heels of a similar severe weather episode that occurred during the evening of Thursday, June 20 and early morning Friday, June 21.

The twin storms led to innumerable reports of flooded fields, streets, and basements; rivers and streams leaving their banks; and damage to trees and property. Damaged or downed power lines left over one-half million Xcel Energy customers without electricity at some point during or after the events. Xcel Energy declared it the largest power outage in company history.