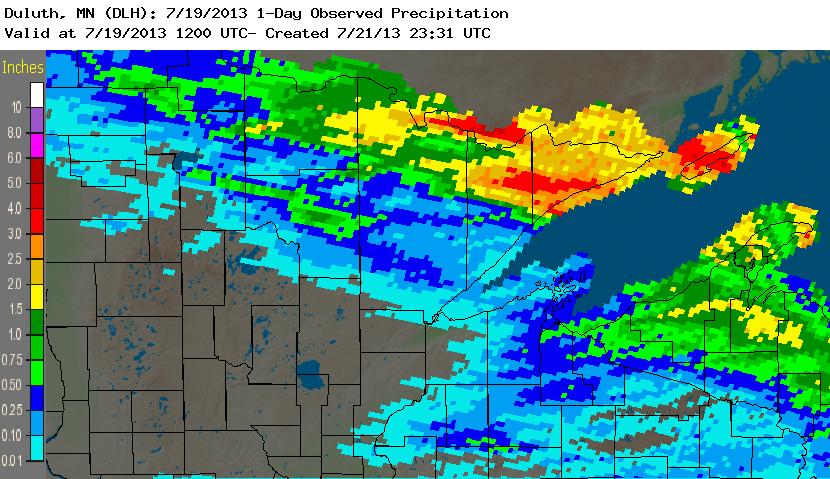 On July 18th 2013, a heavy rain event hit the North Shore of Minnesota. This event was significant enough that it managed to close portions of Highway 61 near Grand Marais due to the unsafe driving conditions. The amount of rain was enough to cause flash flooding in locations such as Cascade River State Park, Temperance River State Park, Eagle Mountain and other surrounding areas.

The seasonally warm weather that Minnesota experienced preceding this event set up the foundation for the rain. A front formed and was draped over the northern portions of North Dakota and Minnesota until it pushed south into the North Shore. The front mixed with the warm and humid air which allowed the storm to develop. The storm made its way through northern Minnesota where radar based estimates show it dropped 3-5 inches of rain. Later, in early hours of July 19th 2013, this event came to the Twin Cities Metro area where it also dropped measurable precipitation. Storms continued for the northerly regions on Friday, July 19th 2013 but no significant rainfall impacted the area. Although the conditions were favorable, this event did not produce any tornadoes across Minnesota.