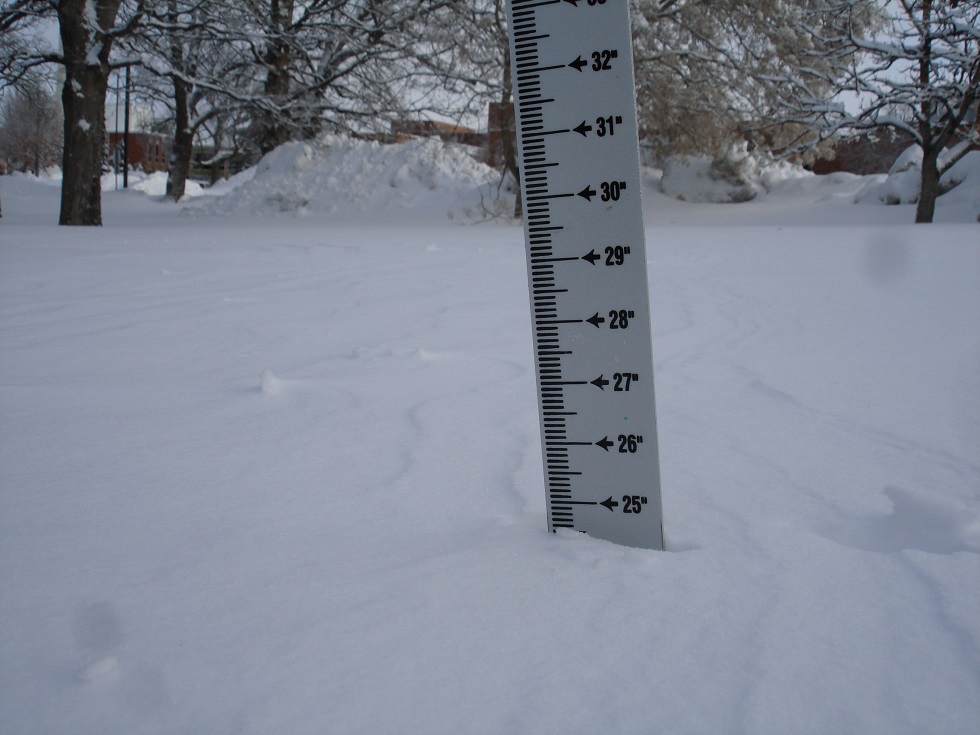 With the prolonged winter cold, very little snow melted during the winter of 2013-14. With the additions of the February 20-21 storm, much of eastern Minnesota had the deepest snow cover not seen in years. On February 21, 2014 the snow depth at the Twin Cities International Airport was 24 inches, which was the deepest snow cover in the Twin Cities since January 26, 1982.

The deep snow cover across the state ranked in the 99th percentile in eastern parts of the state, or a near record snow depth for the date. One positive aspect of the deep winter snow meant that there were plenty of opportunities for winter recreation.