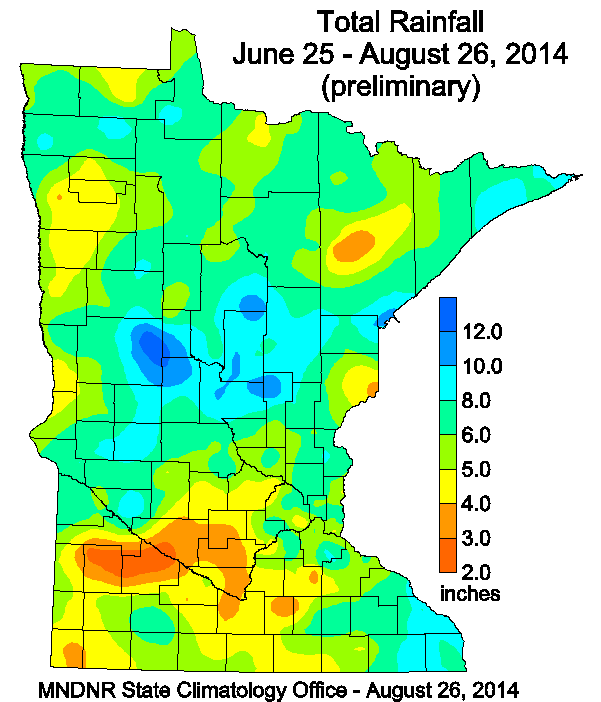 The Summer of 2014 started with an extremely wet June. Since then, the last eight weeks have been dry. In fact, from June 25 to August 26 most of central and southern Minnesota was from two to six inches short of normal.

As of August 28, the Drought Monitor showed that part of south central Minnesota and a small area of southeast Minnesota was categorized as "Abnormally Dry". So why was the drought slow to return to Minnesota? There were two main reasons. One is that the summer dry spell came on the heels of the wettest June on record for the state, and secondly it wasn't too warm. The preliminary statewide average temperature departure for July 2014 was the same as the Twin Cities at 2.3 degrees below normal. August so far has had a pattern of near normal temperatures, with a lack of extreme heat. Through August 28th in the Twin Cities, there have only been two days of 90 degrees or more. By August 28 in 2013, there were 15 days of 90 or above.

Putting this period in a historical context the total rainfall historical rank shows that parts of southwest and south central Minnesota have had one of the driest June 25 to August 26th periods on record.