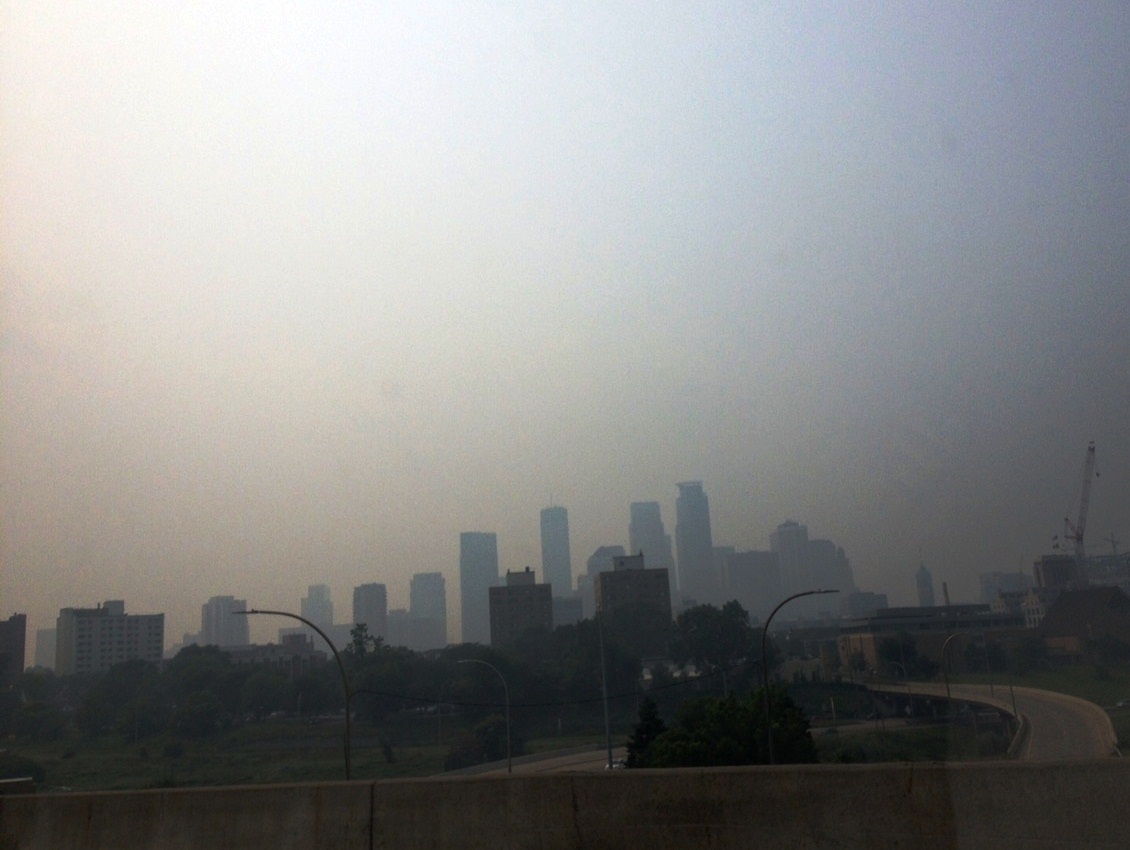 In the summertime, cold fronts often bring in crisp Canadian air that can be a welcome relief from muggy conditions. On Monday, however, the cold front responsible for a regional heavy rainfall event was followed by an unusual burst of smoke-filled air that originated from fires in northern Manitoba and Saskatchewan, well over 1000 miles away.

Residents across the region noted not only the milky skies and reduced visibility, but also a strong campfire odor. The smoke degraded the air quality such that the Minnesota Pollution Control Agency reported widespread Air Quality Index Values in excess of 150, which can be unhealthy for the general population, and is very uncommon in Minnesota.

Visibilities in the wake of this "smoke front" dropped to levels often observed during accumulating snowfall events. The following table summarizes the lowest visibilities recorded at select locations around the state:

The period spanning the last days of June into the July 4th weekend also had nearly constant smoke, which reduced observed high temperatures by several degrees and may have stifled some thunderstorm development by filtering out enough sunlight to prevent the air from heating and destabilizing sufficiently. 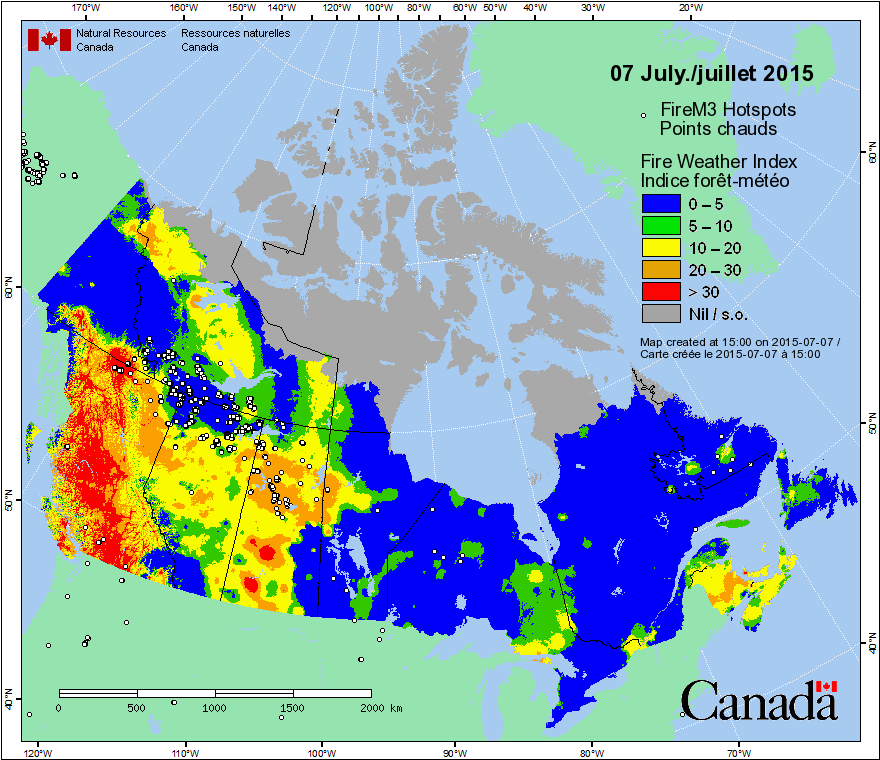 Bouts of smoke-tinged air are not uncommon in Minnesota during the summer months, which is peak wildfire season throughout central Canada and parts of the US Rockies. The "smoke outbreak" of summer 2015 is unusual because of how long it has lasted, and because of how widespread and even dense the smoke has been.

Two main factors explain our smoky mid-summer. First, a relatively dry winter and a hot late spring gave the Canadian wildfires an early start and have allowed them to be more widespread and intense than normal. Second, the Upper-Midwest has been in a somewhat unusual "northwest flow" pattern, in which our prevailing winds blow from the very parts of Canada that have been burning, instead of from the west and southwest. These two factors have combined to import large amounts of smoke into our region.