How unusual is all this bare ground in the Twin Cities? 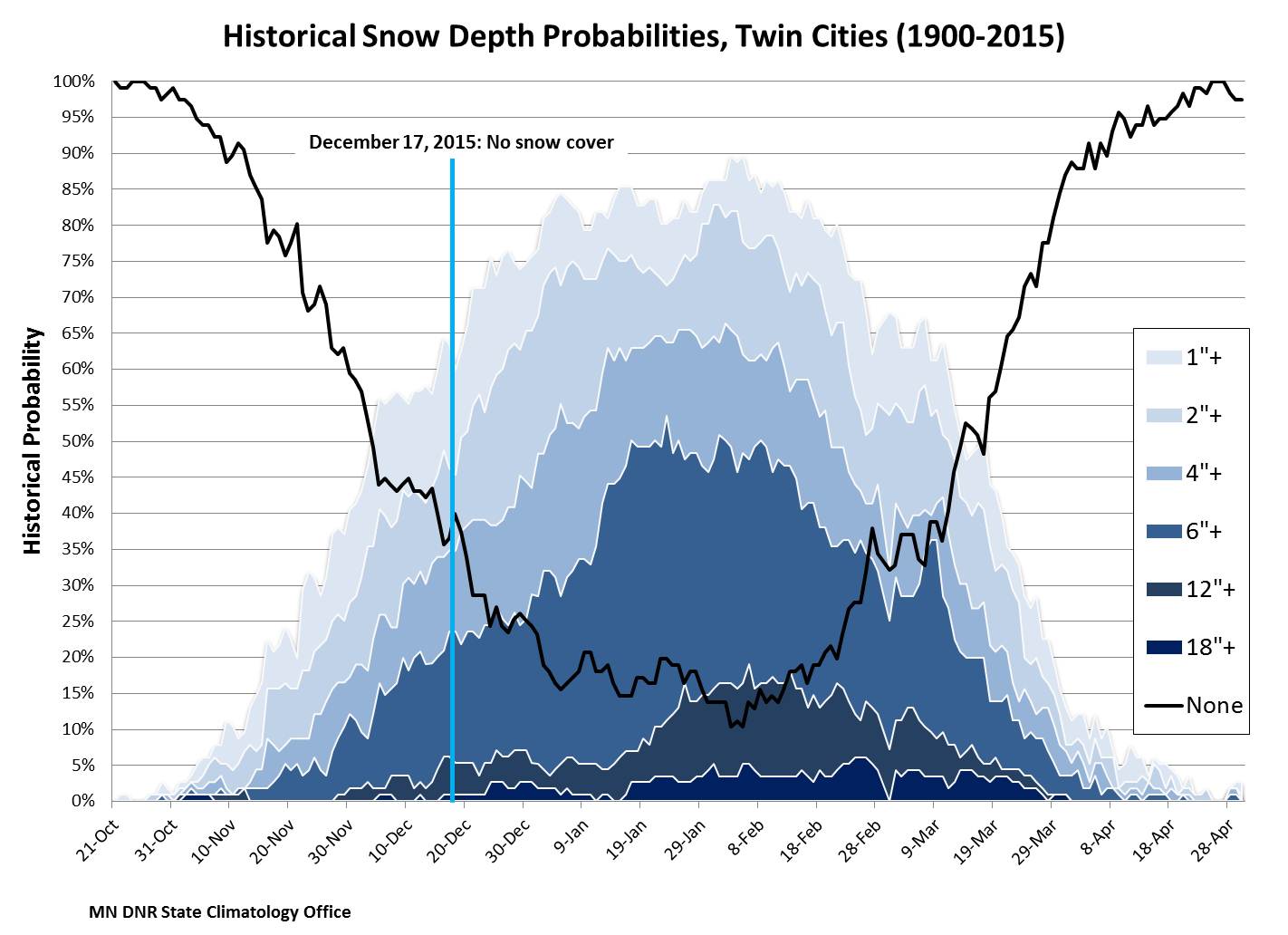 Daily snow depth probabilities throughout winter at MSP, based on 1900-2015.

Exceptionally warm conditions this December have kept much of Minnesota free of snow cover. Both of the snowfalls to date that were greater than one inch at Minneapolis-St. Paul International Airport (MSP) have melted, leaving grounds bare.

Just how unusual is to have no snowpack this far into December?

As the accompanying image suggests, about 60-65% of MSP winters since 1900 have at least one inch of snow cover by December 17th, and approximately 50% have two inches or more by this time of year. Relatively deep snow in mid-December is still somewhat unusual, with six inches or more occurring less than 25% of of the time.

Although bare ground is not unheard of in mid-December, as we move deeper into winter, the historical probabilities of it go way down. MSP reaches its average peak snow depth in early February, when we see at least one inch of snow cover nearly 90% of the time.

For an interesting comparison, take a look at the same graphic, for Duluth!

If you are interested in tracking snow depth throughout Minnesota or the region, you might find this page from the Midwest Regional Climate Center useful.