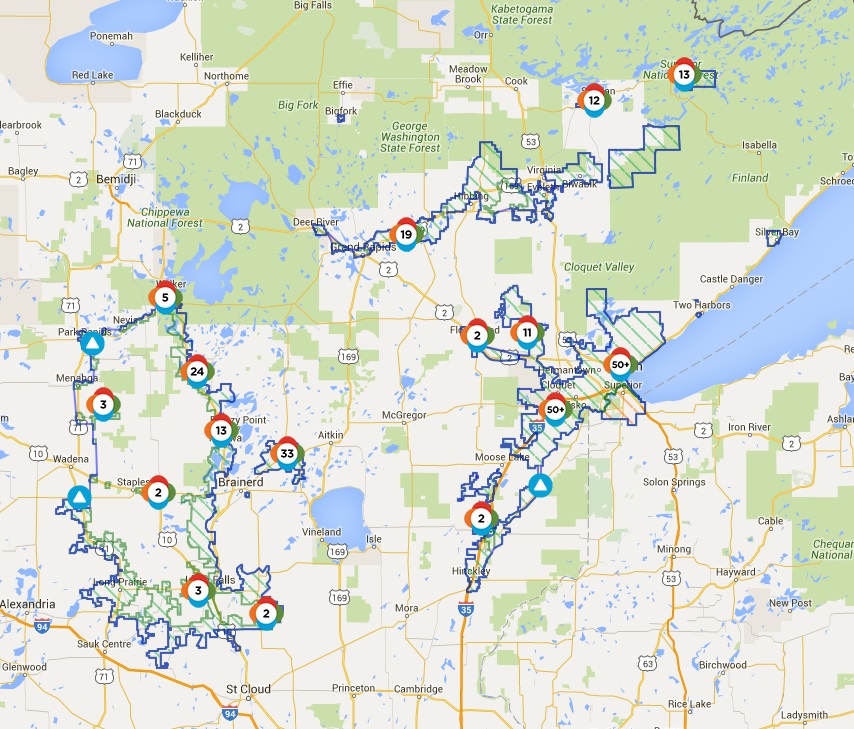 The stormy mid-summer of 2016 continues, with severe storms striking northern Minnesota yet again.

A line of intense thunderstorms swept across Minnesota during the overnight hours of July 20-21. Damage was widespread across the northern quarter of the state, with pockets of concentrated damage noted near Bemidji, the Brainerd Lakes area, Duluth, and the Boundary Waters.

This round of severe weather struck many of the same areas affected by extreme winds on June 19th, torrential rains on July 11-12, and damaging hail and winds on July 19-20, just one night earlier.

The storms formed in central North Dakota during the afternoon of July 20 and moved into northwest Minnesota at dusk. A wind gust of 83mph was clocked at the Hallock Airport in Kittson County at 9:34pm. The storms continued to move to the east and southeast causing damage as they went, including flipping over planes at the Bemidji Airport and peeling off roofs on steel-clad buildings in town. At 1am July 21 the storms reached Park Rapids in Hubbard County and downed trees. A wind gust was measured at 55mph at the Park Rapids Airport.

By 3am the storms moved into the Duluth area, where the ground was saturated from previous storms, making it even easier for the strong winds to topple large trees. Widespread power outages resulted, and at least 75,000 Minnesota Power customers lost service. The storms also moved through the Boundary Waters Canoe Area Wilderness, tragically killing two campers on Basswood Lake in Quetico, just across the Minnesota border in Ontario. 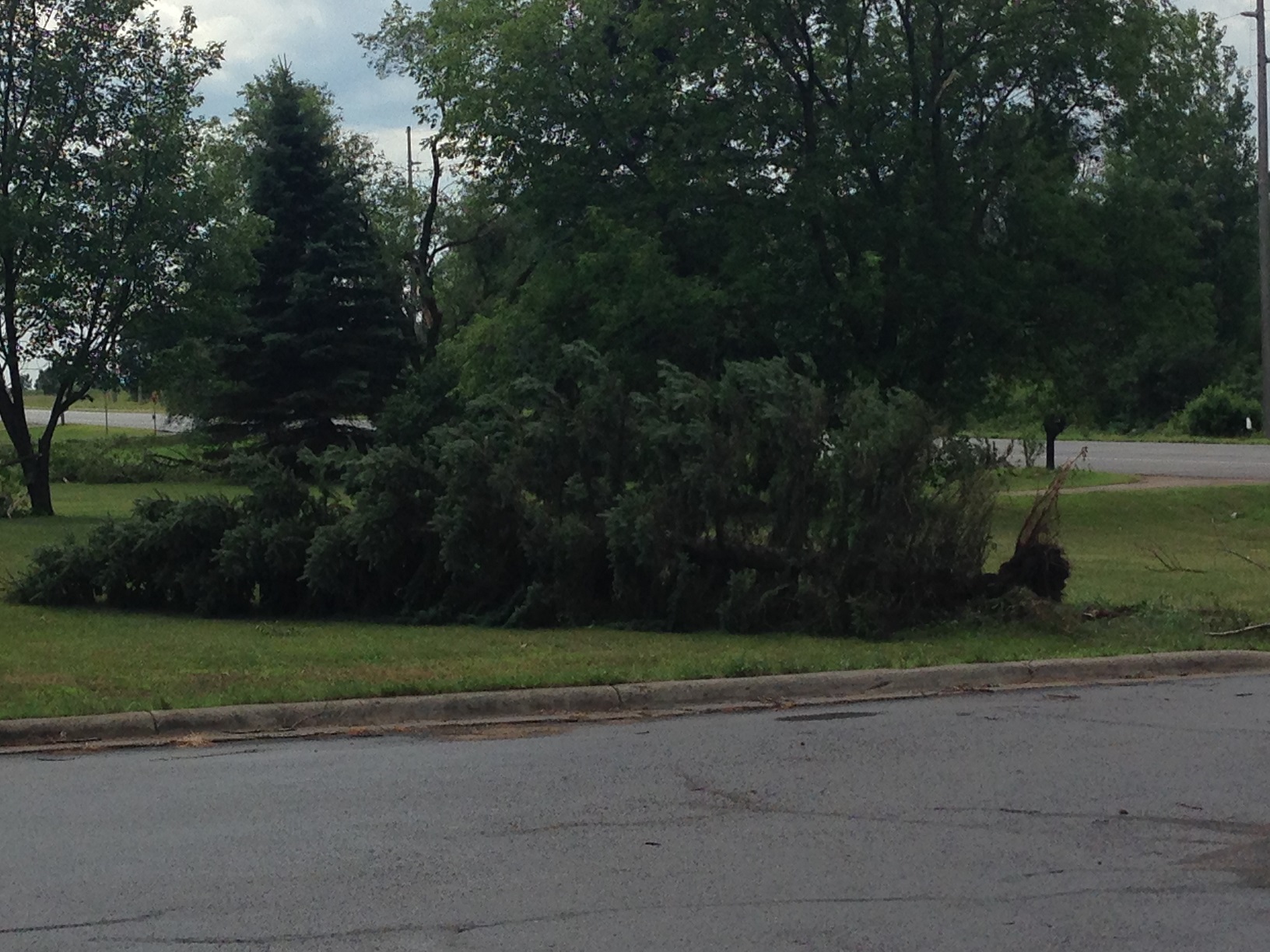 The southern edge of the storms also moved through the Twin Cities metro area between 3:30 and 5am, with gusty winds out ahead of the storms waking people out of bed and causing minor tree damage along with spotty power outages.

Perhaps the only real "benefit" of the stormy night was its effect on the ongoing heat wave. Overnight temperatures had been stuck in the unusually warm low and mid-80s at many locations, but the cooler air rushing out ahead of the storms dropped temperatures into the low 70s. This storm-aided cooling took the edge off the intense heat later in the afternoon, with highs topping out in the high 80s to mid-90s, as opposed to the low 90s to near 100 that had been forecast.

This damaging thunderstorm wind event appears to fit the definition of a derecho (pronounced "deh-rey-cho"), because it produced a nearly continuous swath of damage reports exceeding 250 miles in length, with some spatially distinct gusts of at least 75 mph. As a testament to this storm's reach, many different NWS offices were affected and produced event summaries:

Below are storm reports gathered by the National Weather Service