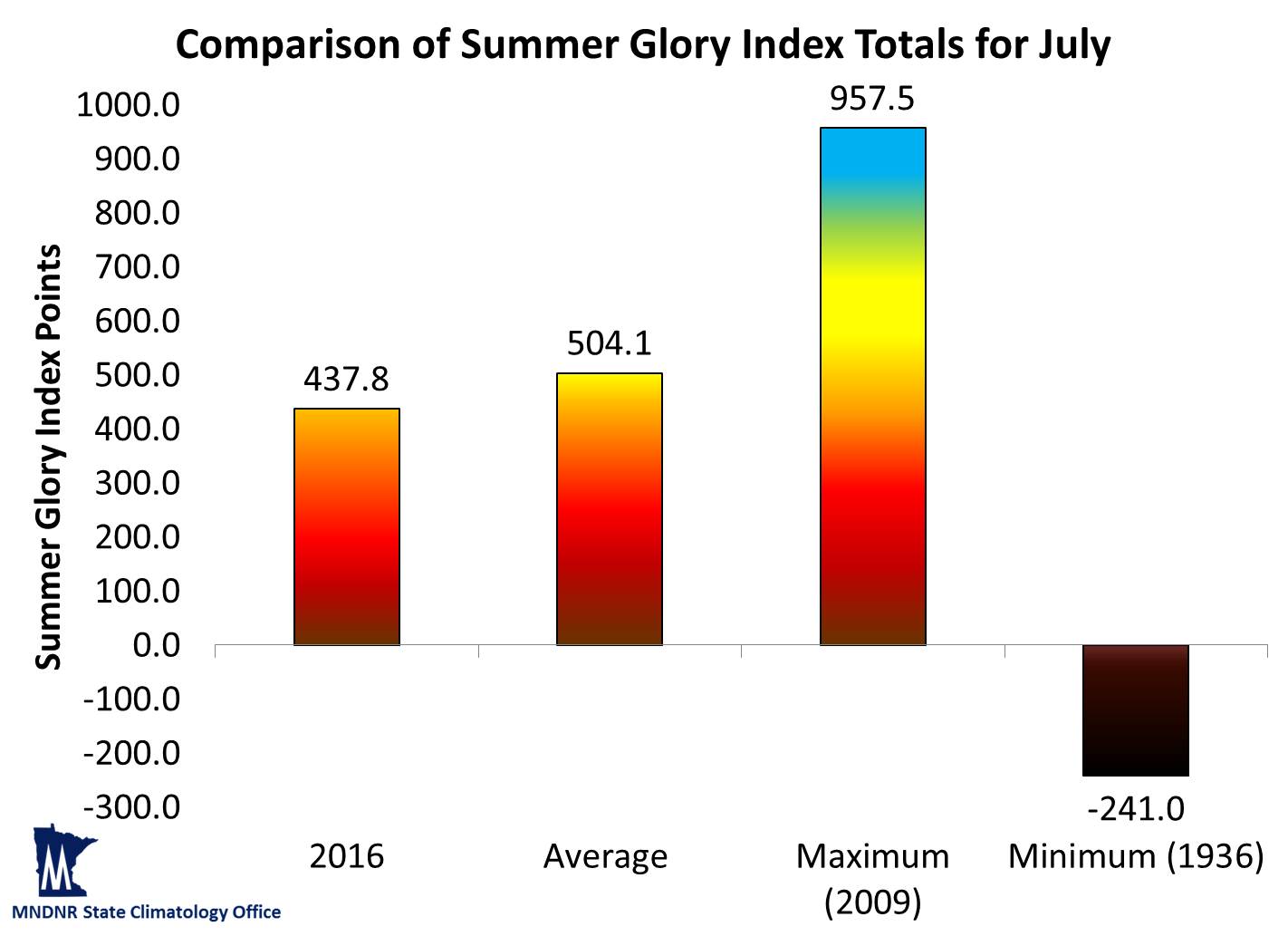 Summer Glory Index score for Jul7 2016, compared to   average, maximum, and minimum values for the month.

July 2016 will be remembered by climatologists for its barrage of severe weather and flooding in northern Minnesota, but not for its comfort. It probably will not be remembered for its utter discomfort either. All-in-all, it was less spectacular than average, but not offensively so.

The month ended with 437.8 points on the Summer Glory Index (SGI), making it the 73rd nicest June out of 114 on record. It was slightly less pleasant than a typical July, but thankfully nowhere near worst on record.

The score was kept down by a smattering of hot days and muggy nights throughout the month, and also by a few heavy rainfall events. From a historical perspective, there was nothing unusual about any of it. The Twin Cities broke no daily records for heat, dew point, or precipitation. Even the 2.17 inches of rain on the 23rd wasn't close to the 9.15 inches recorded on the same date in 1987, only proving that though we may have had some tough days during July 2016, truly it could have been much, much worse.

Through July, the total score for summer is 1103.5, which is still slightly above the long-term average of 1040.2.

We'll provide a final Summer Glory Index update after the close of meteorological summer (which runs June 1 through August 31).