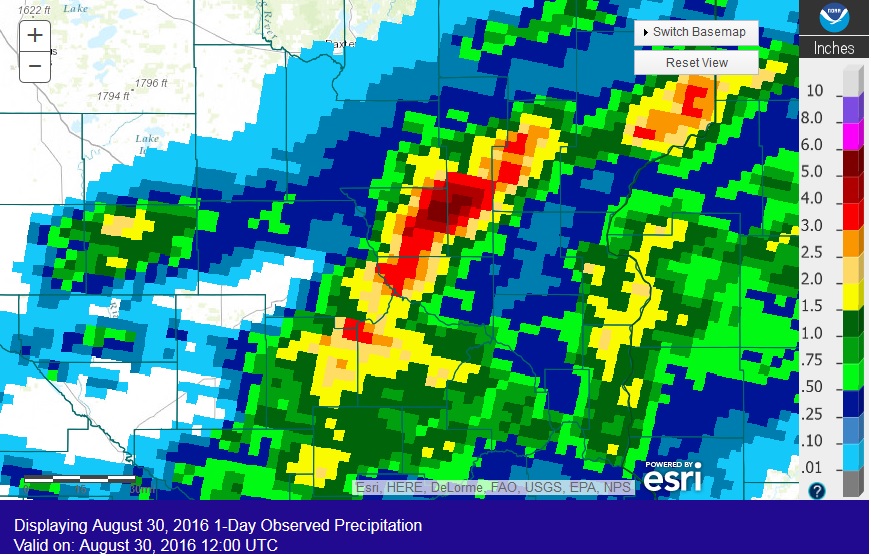 Rainfall for past 24 hours ending at 7am August 30, 2016
Courtesy: National Weather Service

During the evening of August 29, clusters of very slow-moving thunderstorms developed over east central Minnesota and sagged to the south with some storms drifting to the southwest. The storms dropped torrential rains in a hopscotch pattern with one location seeing several inches of rain, with other nearby places seeing very little. Case in point was St. Cloud. Officially at the St. Cloud Airport, located five miles to the southeast of downtown St. Cloud, saw 4.03 inches of rain (2.05 inches in an hour) but downtown St. Cloud saw only about .75 (3/4) of an inch. Other locations that that saw heavy rain were in Benton and southern Mille Lacs County with a volunteer observer east of Milaca seeing 4.7 inches. Street flooding was reported in Foley in Benton County. 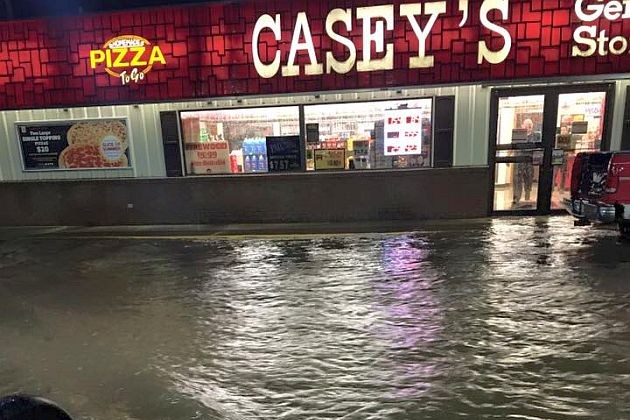 There was a vivid lightning show north of the Twin Cities as the storms shifted to the south and then moved over the metro. The Twin Cities International Airport saw 1.61 inches of rain, with 1.27 inches falling on August 29. This was the fifth time it rained one inch or more in a calendar day for August in the Twin Cities and now 2016 shares the August one inch of rain or more record with 2007.