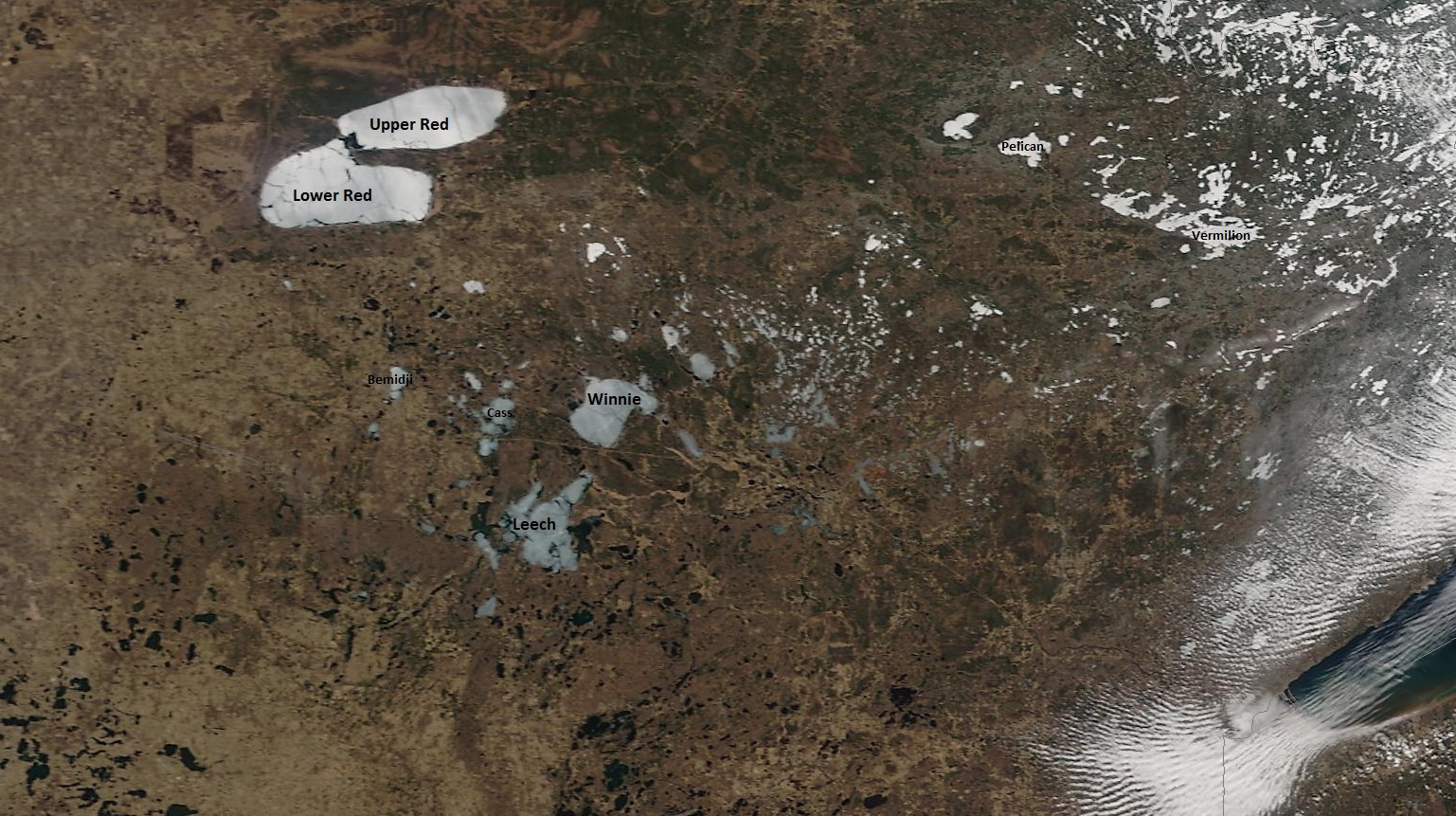 May 2, 2016 update: The lake ice out season is drawing to a close, but there were still a few lakes that were not completely free of ice on May 2. There was still some ice remaining on parts of Lake of the Woods in Muskeg Bay. The northern part of Saganaga still had some stubborn ice remaining. Rainy Lake lost its ice on April 30, four days earlier than the median. There was also ice remaining on a few inland lakes in Cook County including Greenwood Lake.

Below are previous comments.

April 13, 2016 update: With the return of warmer temperatures in Mid-April, Lake ice out progress is beginning to move northward again. For the first twelve days of April, the cooler temperatures slowed the progress of lake ice out. Big Sandy Lake in Aitkin County was ice-free on April 11, ten days earlier than the median date. Mille Lacs lost its ice on April 5, a full twenty days earlier than the median.

March 17, 2016 update:Lake Ice Out 2016 will be one of the more memorable early lake ice out seasons in Minnesota history. Some lakes have set new record early ice out dates. Lake Minnetonka had the earliest ice out date in 139 years and lost its ice on March 17. Only 1878 was earlier with March 11. The lakes to lose their ice first in Minnesota were Iowa and East Chain in Martin County on March 11. Warm conditions, including some maximum temperatures in the 60s to low 70s in the south on March 8 and 12 aided ice out, along with winds gusting to 40 to 50 mph on March 16.

After a very quick start to ice out in southern and parts of central Minnesota, cold air and snow in the north has applied the brakes on the progress of ice out northward. Larger lakes in central Minnesota from Glenwood in Pope County and Green Lake in Kandiyohi County and eastward to Rush lake in northern Chicago County and Knife in Kanabec County still have ice at varying coverage. Rush Lake would have the least amount of ice of this group.

Here are some of the larger lakes that have set new records in 2016.