August to the Rescue! 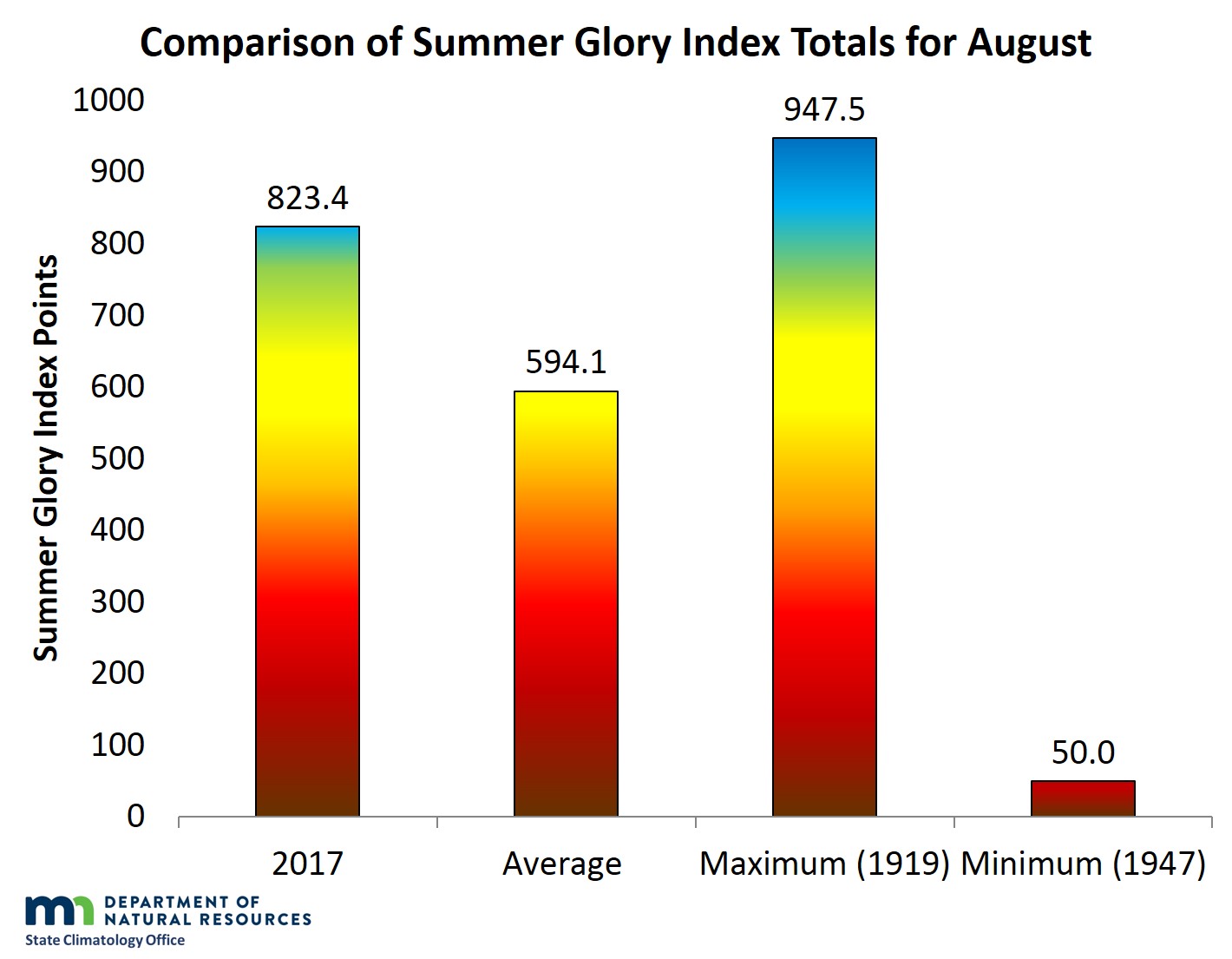 Summer Glory Index score for August 2017, compared to average, maximum, and minimum values for the month.

After a ho-hum showing in June and July, Minnesota's weather turned in a fine August performance. A typical August in Minnesota is steamy and stale, but this one was generally cool and pleasant. Only three stations recorded a 90-degree F high temperature (the statewide max was 93), just two recorded a low as warm as 70 F, and even bouts of high humidity were kept at bay. The Twin Cities had no evening dew point readings (at 6PM CST or 7 PM CDT) of 70 or higher. The only knocks against the month were that it was somewhat wet--punctuated by a deluge on the 16th and 17th-- and that the cool spell around the 25th, resulting in sub-freezing observations in parts of northeastern Minnesota, may have been a bit much for some.

By and large, however, the month proved beneficial to Minnesota. For instance, the increased precipitation combined with cool conditions in southern and central Minnesota reversed a seasonal dry pattern and restored stream levels and soil moisture. Although the northwestern part of the state remained dry, the lack of hot weather prevented a dramatic worsening of drought conditions.

The fine August in the Twin Cities earned 823.4 points on the Summer Glory Index (SGI), making it the 8th nicest August out of 115 on record. This strong finish propelled the summer into the top-20, ranking it 17th out of 115.