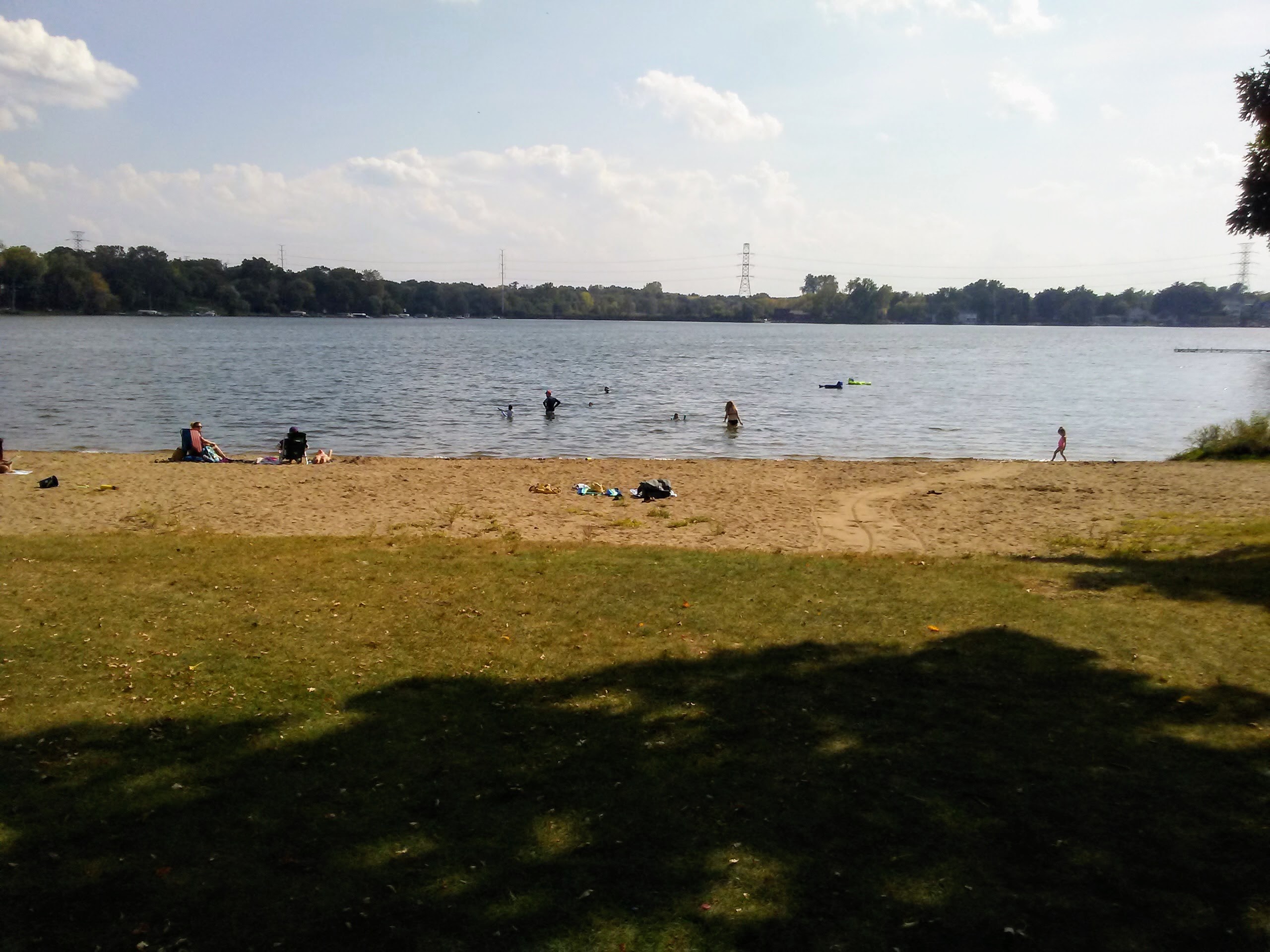 Beachgoers in Roseville on Sunday September 24, 2017.

As the 2017 fall began, summer staged an impressive comeback in Minnesota.

On Friday September 22nd, Minnesota found itself stuck between a strong and persistent high pressure area over the eastern United States, and a nearly stationary low pressure system and cold front to the west. In between, unseasonably warm and moist air flowed up into the state from the south and southwest, pushing temperatures into the 80s up to the Canadian border, with 90s common across the southern half of Minnesota. Dew point temperatures well into the 60s and 70s streamed into the state as well, resulting in heat index values exceeding 100 degrees in some places.

The heat remained firmly entrenched over the next 60 hours, and was especially pronounced at night, with numerous locations, including Brainerd, Duluth, International Falls, Rochester, St. Cloud, and the Twin Cities tallying at least one high-minimum (or "warm low") temperature record. The Twin Cities observed its latest-recorded run of three consecutive days with high of 90 F or greater and lows of 70 F or greater.  The Twin Cities airport also recorded 31 hourly observations with a dew point of at least 70 F. The entire remainder of the year only saw 46 hourly observations with dew points that high!

The heat broke as multiple rounds of showers and thunderstorms trudged eastward across the state, beginning Friday in the west and north, which had already seen heavy rain on prior days, and where Saturday and Sunday were rainy and relatively cool. One-week totals ending on the 26th exceeded five inches in Halstad, Ada, Aitkin, and Watson. A more widespread area of 2-4" totals surrounded those locations. In eastern and southern Minnesota, the rains held off until Sunday afternoon and evening, with totals limited to one inch or less.