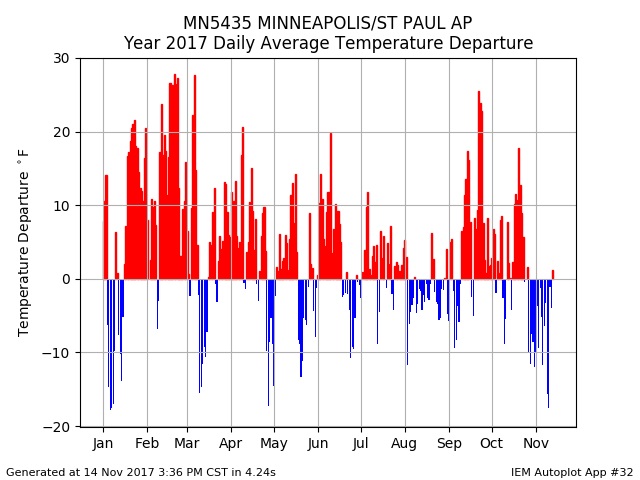 A two week below-normal streak ushered in a taste of winter.

From October 27 to November 12, 2017, temperatures stayed below normal for seventeen days straight in the Twin Cities. The normal maximum and minimum temperature for November 12 is 43 degrees F and 28 degrees F.

The cold streak was broken with somewhat more balmy temperatures on November 13. When was the last time there was this long of a below normal stretch? From February 11 to March 6, 2015 was a streak of 24 days below normal. Above normal streaks have been more common in recent years.

The minimum temperature of 12 degrees on November 9, 2017 in the Twin Cities tied the record low with 1926, 1933 and 1945 for the date. The last time it was this cold so early in the season in the Twin Cities was November 1991 in the aftermath of the Halloween Blizzard.