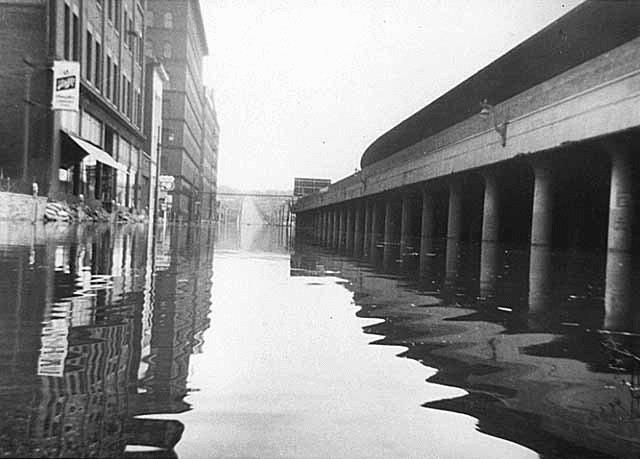 The flooding was caused by a combination of excessively deep frost, late winter snow and heavy April precipitation that caused rapid snow melt. With the ground still solidly frozen, the water ran off into rivers and caused widespread flooding.