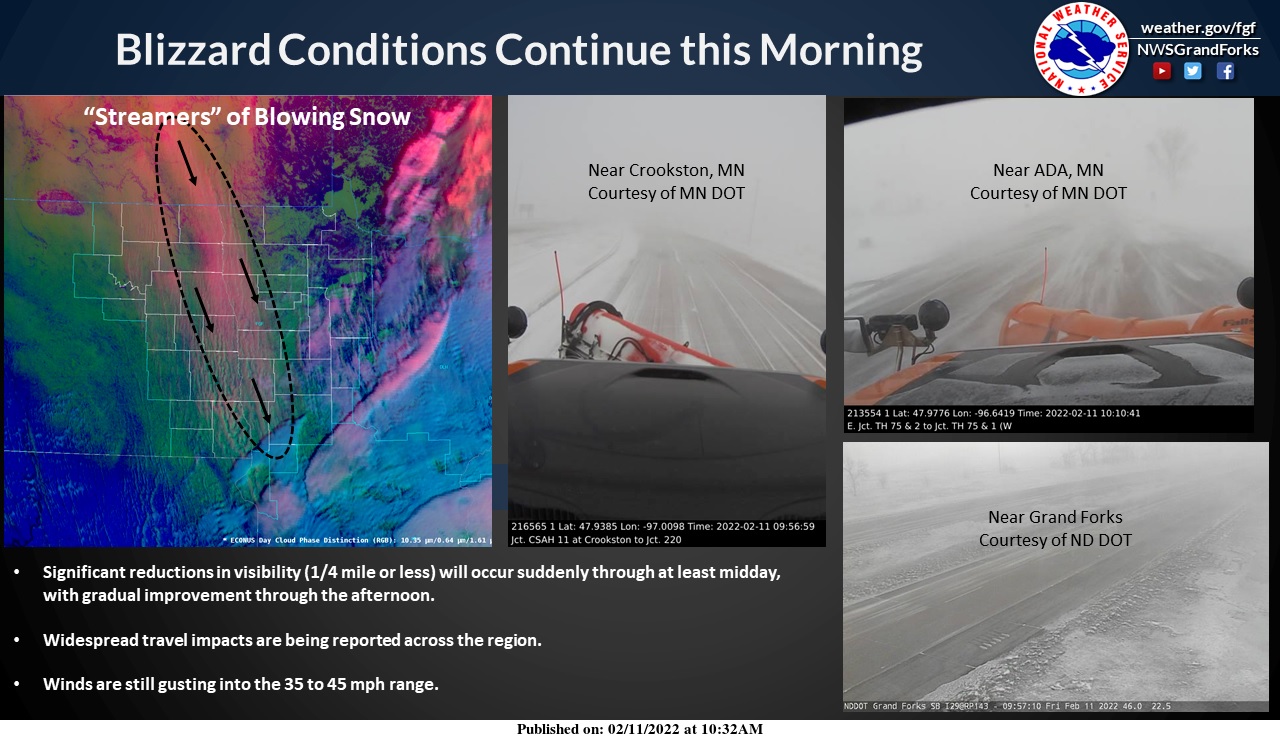 The parade of Alberta Clippers continues with a strong clipper bringing a surge of warm air, a blizzard for the northwest, and a rapid cool-down.

Another strong clipper-type system meant another blizzard for Northwest Minnesota, and a wild swing in temperatures and precipitation statewide. A warm front with snow associated it moved from northwest to southeast across Minnesota on February 10, warm air surged behind this warm front and temperatures rose to the upper 30s to the low 40s over much of western and central Minnesota.

The February thaw was short-lived. The cold front with the clipper swept across Minnesota during the overnight and early morning hours of the 11th and brought with it rain, sleet and snow and a full-fledged blizzard in northwest Minnesota. I-94 was closed from Fargo to Fergus Falls during the morning hours of the 11th. Temperatures plunged in the wake of the front and fell 48 degrees in 24 hours from 39 degrees to -8 at Hallock.

Snowfall totals were in the half inch to three inch range for the most part. International Falls had 3.5 inches, Grand Forks had 3.4 inches, Duluth saw 2.9 inches and the Twin Cities had .6 (six tenths) of an inch. Some peak wind gusts were to 58mph at Fargo, 54mph at Grand Forks and 44mph in the Twin Cities.