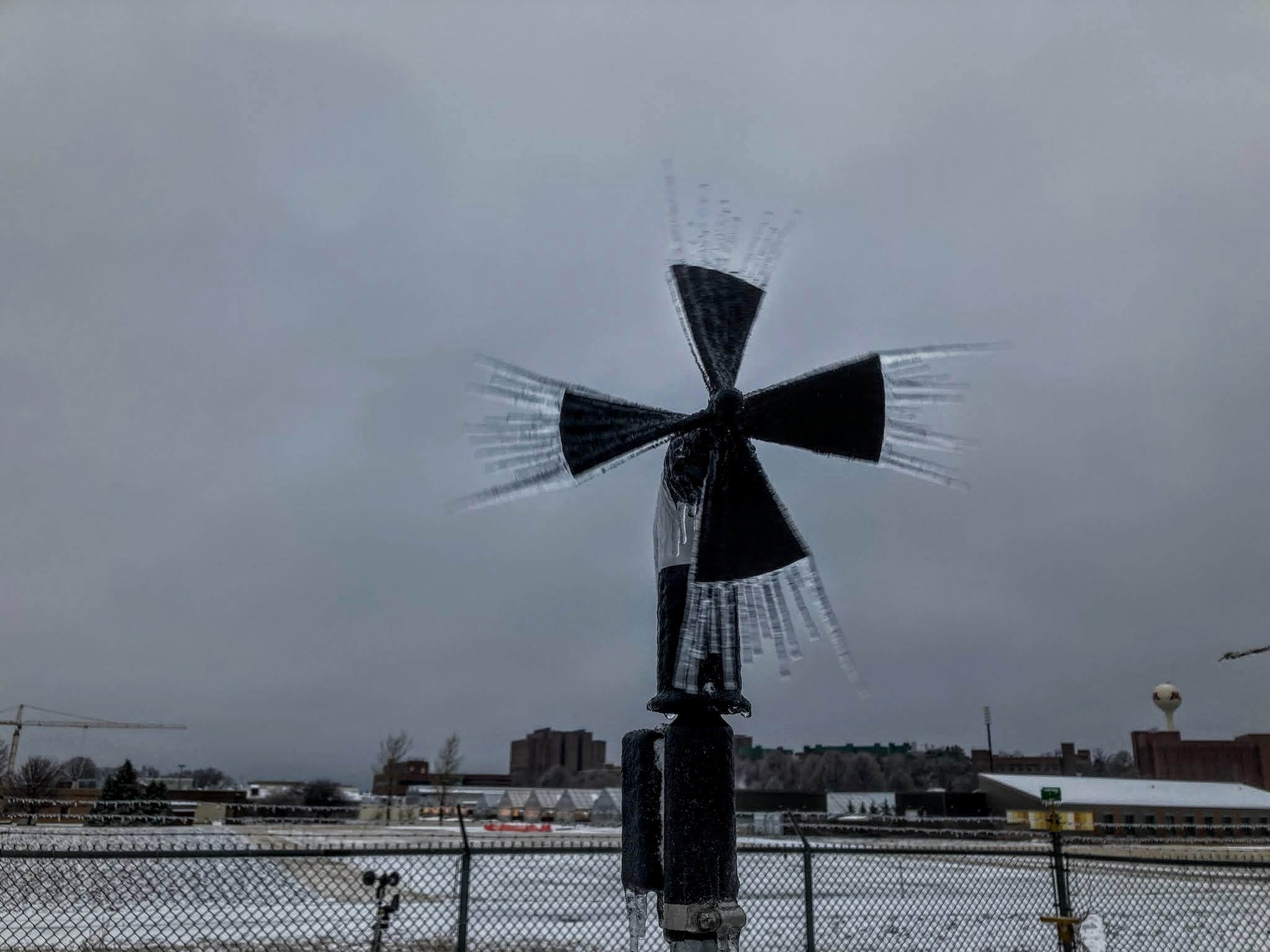 Ice formations on the spinning propeller of a DNR wind sensor on the St. Paul campus of the University of Minnesota, during the icy storm of March 29-30, 2022.
Image credit: Minnesota State Climatology Office

A complex early spring storm system brought rain and thunder to southern Minnesota, while a concoction of snow, sleet, freezing rain, and rain pasted much of the rest of the state with a thick slush.

The precipitation formed as a strong, elongated low-pressure area tracked eastward from Colorado and Wyoming on Tuesday March 29th, towards Iowa and southern Wisconsin, before hooking almost straight north later on Wednesday the 30th.

Rain and thunderstorms, some with brief downpours and small hail, spread into far southwestern, south-central, and southeastern Minnesota from late Tuesday evening into the overnight hours. Separately, isolated bands of sleet, snow, and freezing rain pinwheeled across much of central, western, and northern Minnesota. Late in the night and early on Wednesday, an area of heavy sleet and mixed precipitation moved northward across the Twin Cities.

By storm's end, most of the state had received measurable precipitation, with the most falling between Mankato and the Twin Cities area, where amounts of 0.75 to 1.25 inches were common. Snowfall was most significant in the area from near Moorhead and Pelican Rapids, through Detroit Lakes and Bemidji. Here, accumulations of 4-8 inches were widespread, with 9.9 inches reported by observers near Lake Ida and Lake Park. Although the ice accumulations were not significant or damaging, many residents awoke Wednesday to find unusual ice patterns on trees, fences, and other elevated objects.