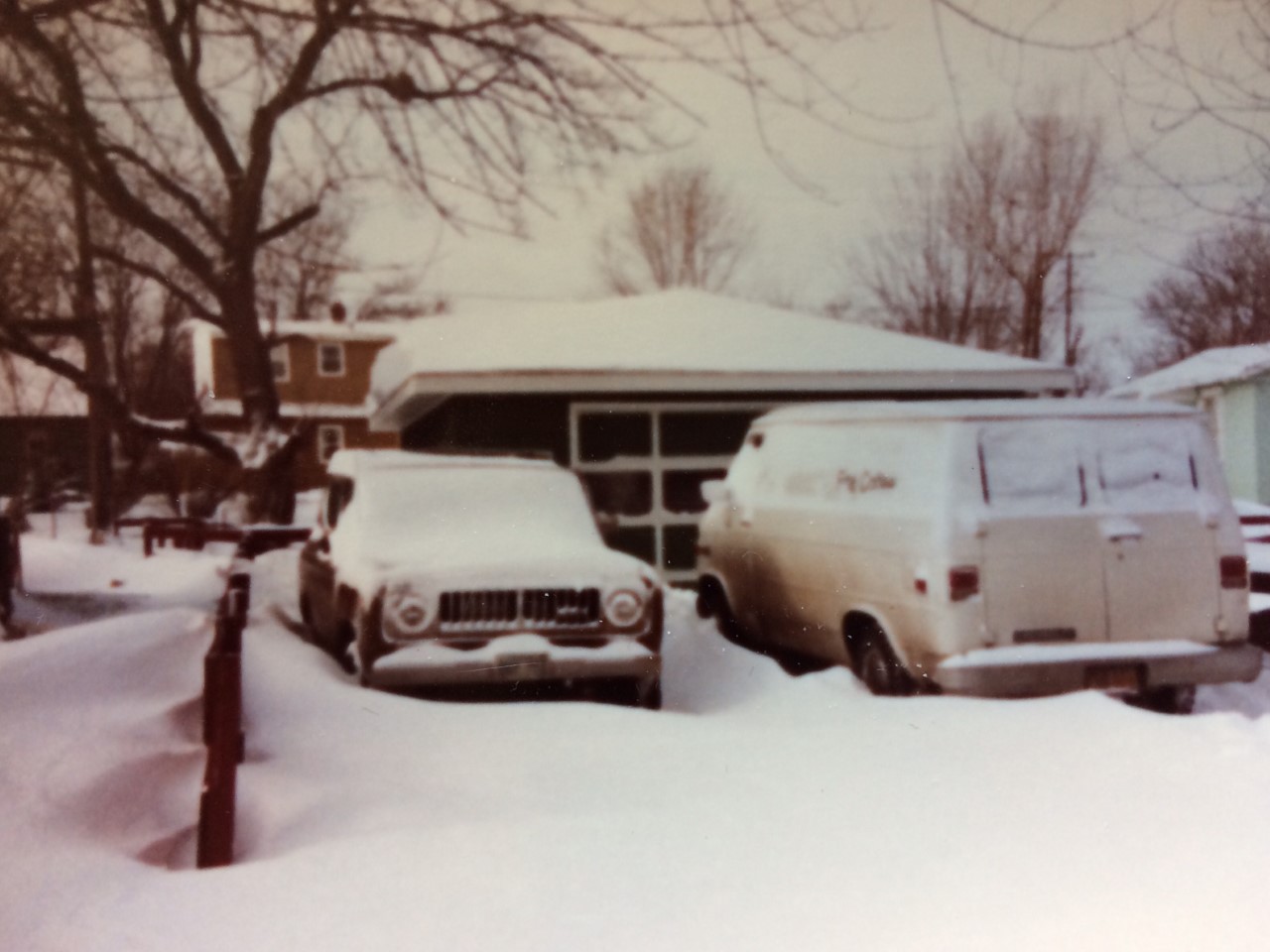 Imagine getting more snow than had been ever observed in a calendar day, only to get even more snow just two days later! That's exactly what happened 40 years ago, in the Twin Cities.

On Wednesday, January 20, 1982, the Twin Cities measured 17.1 inches of snowfall, breaking the all-time daily record of 15.8 inches, set 65 years earlier, in January of 1917. Within two days, the new record was broken again, as another 17.2 fell on the January 22nd. Both snow events spilled into the next calendar day, leading to even higher storm-total accumulations.

The first snow was something of a surprise at the time. Forecasters had expected snow, because cold air was in place with warmer and more humid air pushing in from the southwest, but nobody expected so much of it to fall over southern Minnesota.  The snow turned into a long-duration event, with the cold air in place promoting fast accumulations.

The winds remained gentle throughout, and when the snow tapered off on Thursday, 6-12 inches of fresh powder covered most of southwestern, south-central, and east-central Minnesota, with amounts of over a foot common from Hutchinson through the southern two-thirds of the Twin Cities area. Aside from setting an all-time daily snowfall total on the 20th, the total of 17.4 inches of snow at the Twin Cities International Airport broke the the old storm-total record of 16.8 inches set in the Great Armistice Day Blizzard of November 11-12, 1940.  After this storm, meteorologists speculated that there might not be another event of this size in for a generation or more, but in truth they only had to wait another day or so.

On Friday, January 22, 1982, a powerful, "classic" winter storm moved into the region. This one was better anticipated, though its full might again was under-estimated. Roads had been cleared in time for schools in the Twin Cities to reopen, but snow was already falling again as students filed into classes. The snow intensified quickly, with enough new snow on the ground by late morning to prompt an early release from schools across the Twin Cities and much of Minnesota, as the storm developed into an all-out blizzard.

Heavy snow, strong winds, and embedded thunderstorms spread across much of the state during Friday afternoon and evening. Parts of the eastern Twin Cities reported vivid lightning with loud thunder as wind-driven heavy snow fell. The National Weather Service covered all of Minnesota in Blizzard Warnings (see note below), and warned motorists to expect near-zero visibilities. The Department of Transportation cautioned those venturing onto Minnesota's highways that it could take hours to respond to stranded vehicles.

This system was much larger than the first one, with a huge swath of totals in excess of 10 inches over all but far northwestern Minnesota.  Totals in excess of a foot were common, and some of the highest totals were once again found in and near the Twin Cities. With 17.2 inches on the 22nd, and a storm total 20 inches, this storm re-broke the all-time daily and storm-total snowfall records that had been set just two days earlier in the Twin Cities. A similarly major snowstorm just after Thanksgiving in 1985 would break the storm-total record, and the famed Halloween Blizzard in 1991 ultimately broke both records in the Twin Cities.

The two storms, occurring in rapid success, dropped 15-30 inches of snow over half of the state, with five-day totals of 39.1 inches in the Twin Cities. One record remains from January 1982 in the Twin Cities and that is the snow depth of 38 inches on the ground after the second storm.

Note: A snippet from an archived newscast made available by TC Media Now indicates that the National Weather Service issued "Blizzard Warnings" for all of Minnesota. Blizzard Warnings are especially rare in eastern Minnesota and the Twin Cities area, and if true, this appears to be the last time the entire state was covered under by one. Other known Blizzard Warnings in the Twin Cities include during the Holiday Lights Howler of 2020, the Thunder Blizzard of 2018, the Halloween Blizzard of 1991, and during a major winter storm in late December 1982.