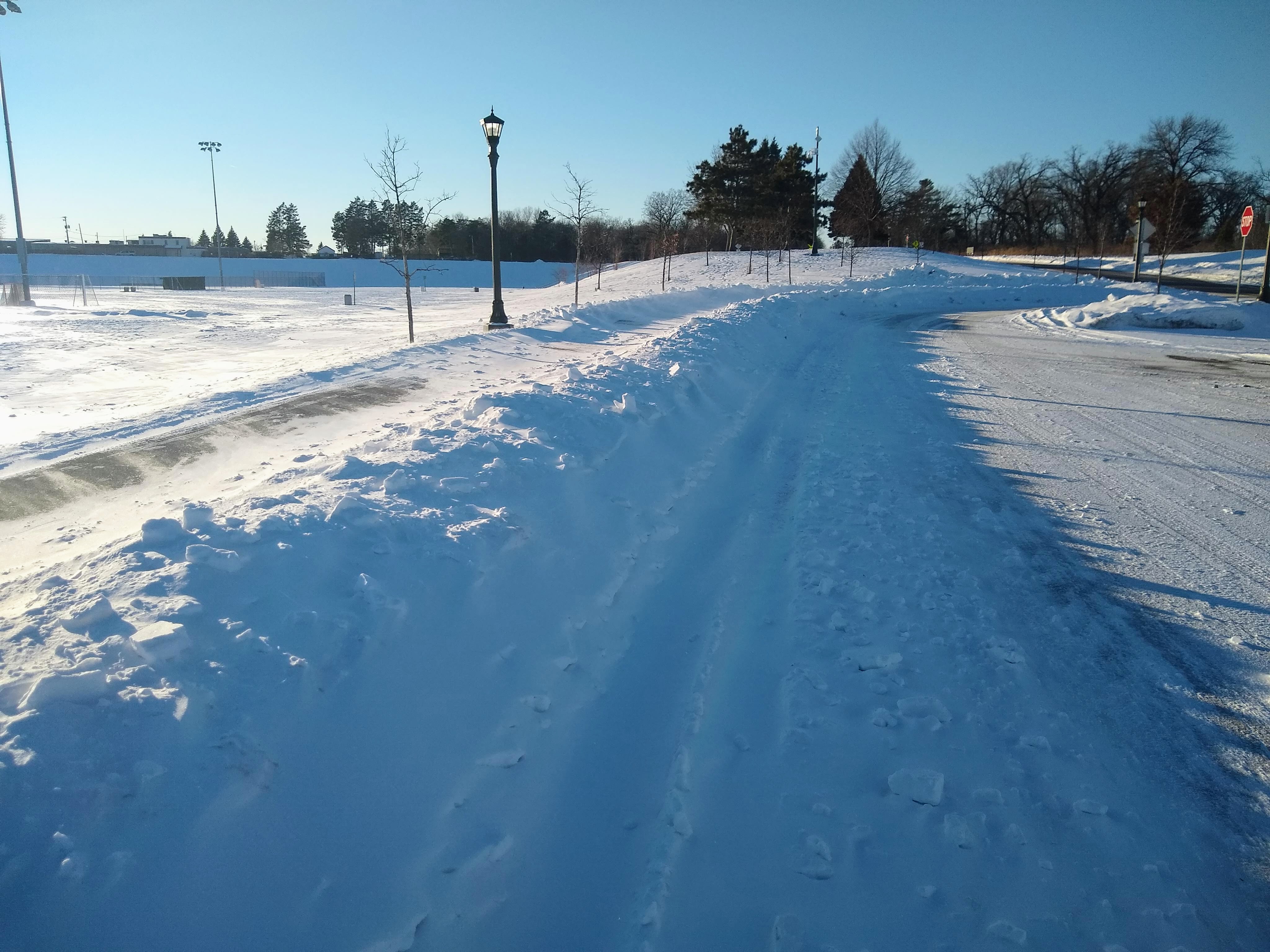 A mild winter that was on its way to the top-10 for warmth broke sharply in early February, plunging Minnesota into a long and sometimes intense cold outbreak.

The cold air mass advanced into the state on February 5th, followed by Arctic reinforcements every few days that only served to prolong and sharpen the cold. Most locations finally returned to above-normal temperatures on February 20th or 21st. Daily temperature departures of 20 to 30 degrees F below normal were common across the state for the majority of the cold snap.

The magnitude of the cold was by far the greatest of winter, but this event was not among the "greats" of the climatological record. Although the -50 F readings near Ely on the 13th and 14th appear to be statewide records for those dates, the records join over 50 other dates on the calendar with statewide records that cold--or colder. No station with a record length of over 60 years set an all-time low temperature record. In short, it was very cold indeed, but it was not a historically cold outbreak. 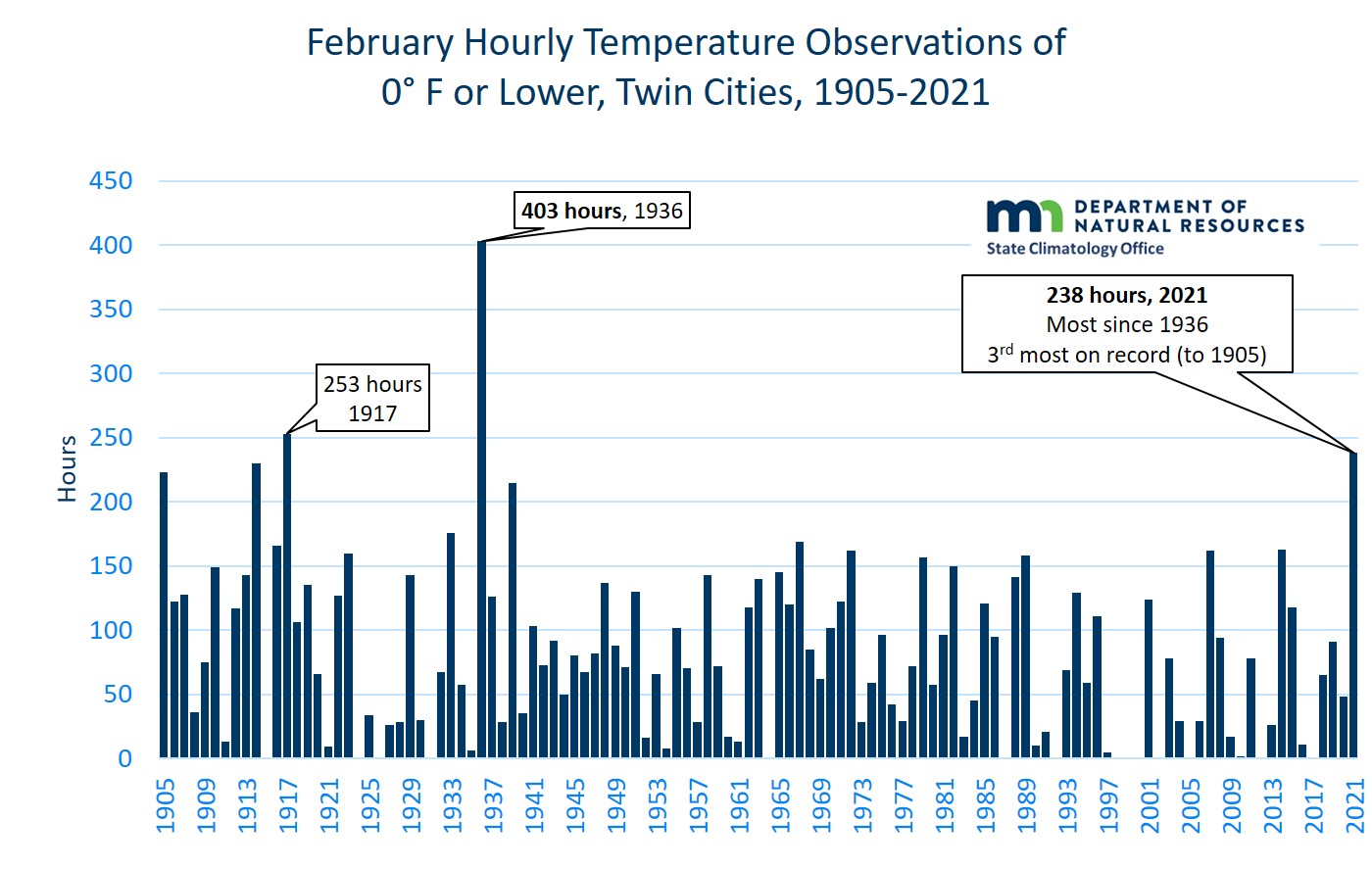 Graph of February hours with temperatures at or below 0 F in the Twin Cities, 1905-2021.
Courtesy: Minnesota State Climatology Office.

The Arctic outbreak of 2021 is perhaps more notable for its longevity, and for its relative lateness in the season. February has a reputation as a cold month, and Minnesota's lowest temperature on record, -60 F, was recorded on February 2, 1996.  February warms quickly, however, and deeply cold air masses are much more likely at the beginning than at the end of the month. This event had an interesting and perhaps memorable combination of longevity, lateness, and then magnitude given those other two factors.

For instance, International Falls remained at or below 0 degrees F for nine straight days from February 6th through the 14th, which is tied for the 5th longest such streak on record. Of the 25 other streaks of at least 7 days, none were as late in the season as this one. The Twin Cities logged 238 hourly temperature values at or below zero during the cold snap, 3rd most on record for the entire month of February. Duluth's low temperature of -35F on February 13th set a low temperature record for the date, and also became the lowest temperature on record so late in the season at that station. 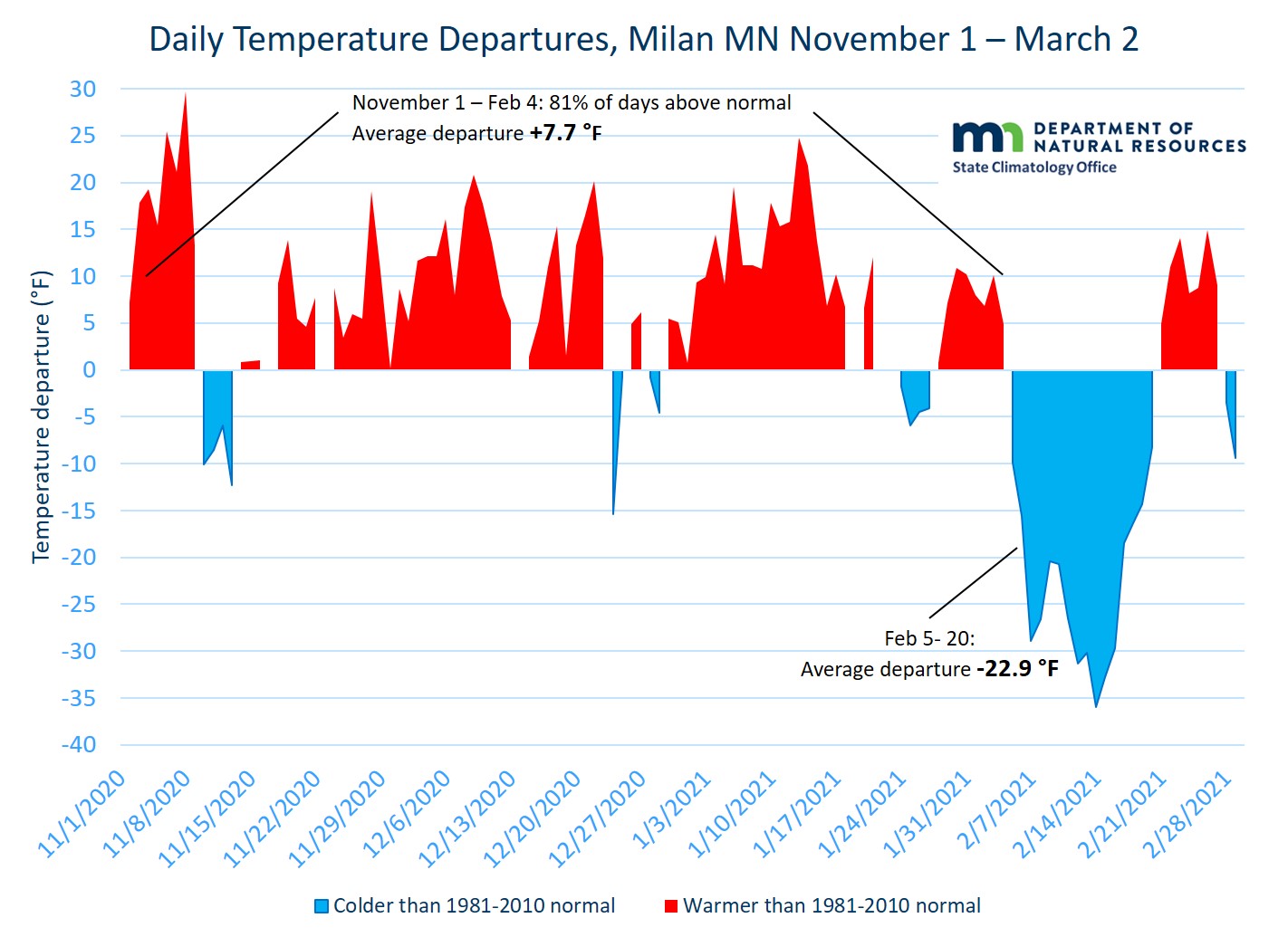 The cold air gave way to mild conditions for the final quarter of the month, but the damage had been done: February finished much colder than average across the state, and the meteorological winter, December through February, crashed out of the top-10 for warmth, finishing instead in the upper quarter to upper third of the record at most stations.