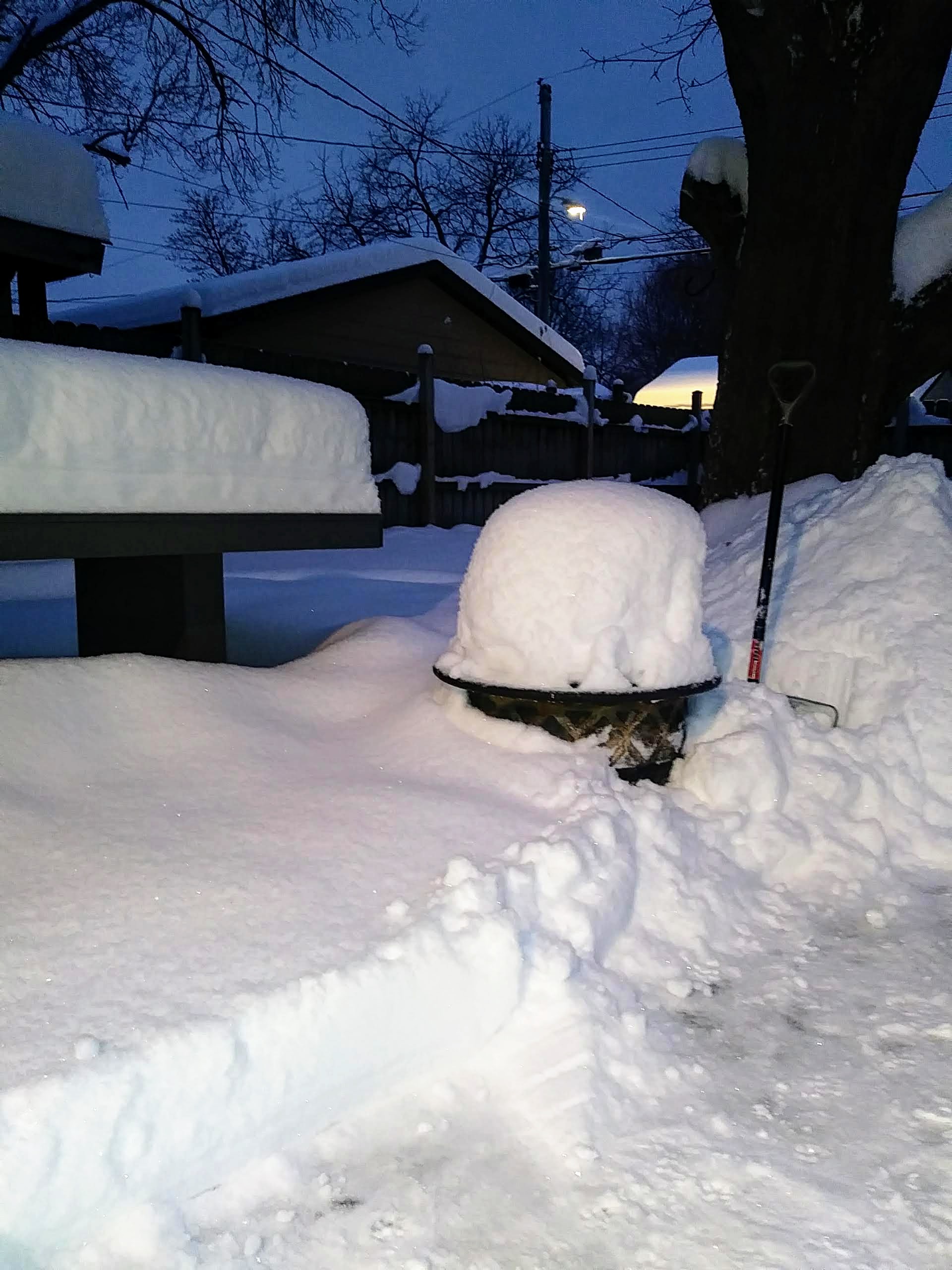 February has become snowier in the past two decades across Minnesota, thanks to more, and sometimes larger snowstorms.

For decades, Minnesotans were taught that March is our snowiest month, and for many stations in Minnesota, this was true. Indeed, many of the state's great snowstorms and blizzards were creatures of the third month.

February, by contrast was traditionally a "quiet" winter month, with fewer heavy snowstorms and less snow than December, January, and March. Even though November averaged 20-40% less snowfall than February at most stations, it had twice as many major snowstorms.  Thus, climatologists and meteorologists were accustomed to uneventful weather during February.

Things appear to have changed in recent years, however. At most Minnesota stations, March has fallen all the way down to fourth snowiest, and February has moved up to #3, and even #2 at isolated locations. At each of Minnesota's five "first-order" weather stations, normal February snowfall is now greater than it's ever been, and is 25-50% higher than the normal values calculated for the late 20th century.

February has become a much more "active" month for winter storms in recent years. At Rochester, 11 of the 20 largest daily snowfall totals for February have occurred since the year 2000. The number is eight at Duluth, and seven in the Twin Cities. These numbers are two to four times greater than would be expected, based solely the lengths of each station's record. 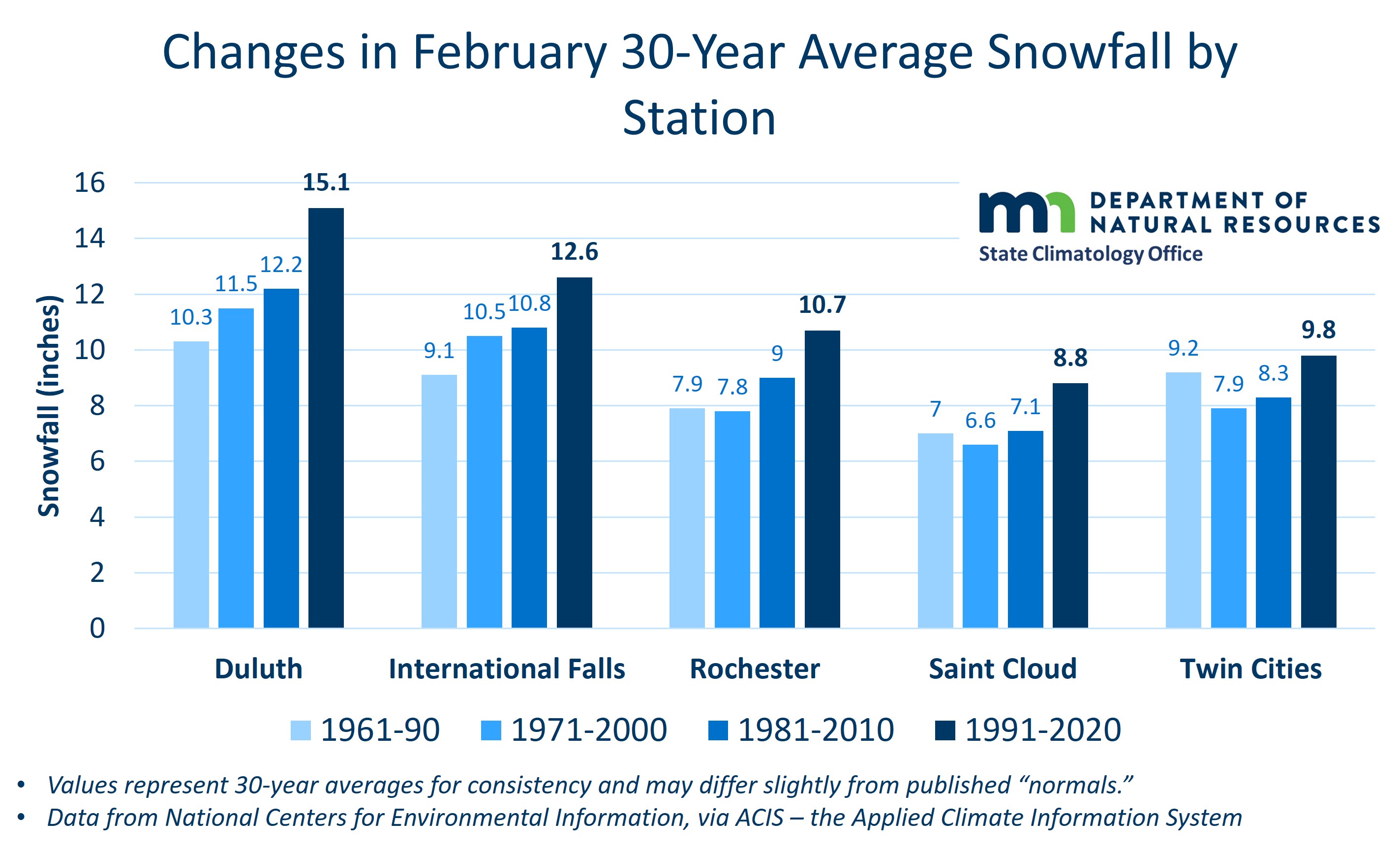 Not only have heavy snows become more common in February than they used to be, but they also have packed a bigger punch. The 2000s and 2010s were dotted with significant, and even extraordinary February winter storms. For instance, in 2004, the Twin Cities experienced its largest February snowstorm on record, but an even bigger storm in 2011 broke (and still holds) that record. Major February snowstorms and blizzards slammed Minnesota almost every year of the 2010s, and February 2019 shattered many snowfall records and produced a historic blizzard for the ages.

One oddity of this climatological shift is the tendency for heavy snowstorms to form during the second half of the month, and in particular between about the 16th and the 25th. From 2011 through 2022, Minnesota had 10 major winter storms producing a foot of snow or more during this period.

It's not clear what's driving these changes in February's snowfall climatology, and it's also not clear whether they will be long-term and lasting changes. What is clear is that we can no longer assume that February will be a month of uneventful weather, lacking in winter storms.