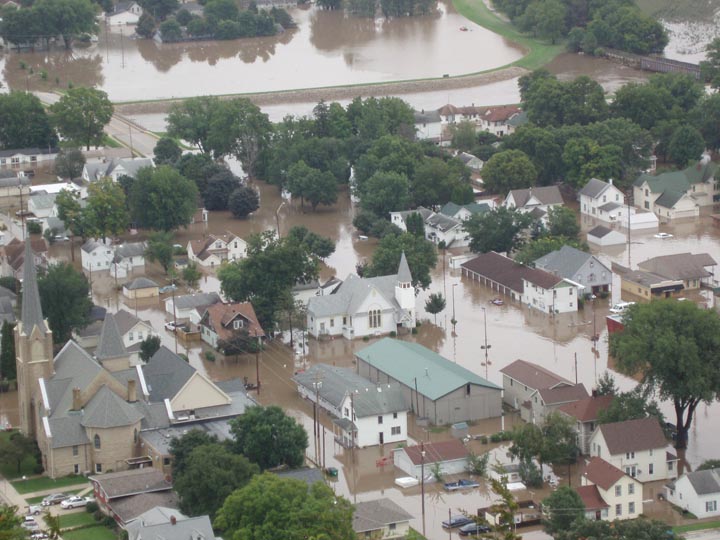 Fifteen years have passed, and the monstrous rainfall of August 18-20, 2007 still has no documented equal in Minnesota's climate record. As the state's greatest and most widespread significant rainfall event, the massive deluge set a new standard for extreme rainfall in Minnesota.

The storms had it all: high to extreme-intensity rain that covered a large area for a long duration. These factors combined to demolish Minnesota's all-time daily, storm-total, and monthly precipitation records. The flooding killed seven Minnesotans, making this the deadliest single weather event in the state since February 1984, when a blizzard killed over a dozen motorists. The flood damage to towns, infrastructure, and public lands in southeastern Minnesota, can still be detected a decade-and-a-half later.

Intense rains from regenerating thunderstorms concentrated in an arced band that stretched from the Minnesota River near Franklin, east-southeastward to Mankato, Waseca, Rochester, Winona, and the La Crosse area of southwestern Wisconsin. The most intense part of the band centered itself in the steep hills of far southeastern Minnesota and southwestern Wisconsin. These areas saw double-digit rainfall totals (in inches), leading to catastrophic flooding, landslides, structural failures, washed out roads, and the majority of the event's severe and lasting damages.

The rainfall event was so intense and so massive, it's easy to lose track of its incredible accomplishments:

A series of thunderstorms moving along a stalled frontal boundary dropped extremely heavy rain on much of southern Minnesota on August 18, 19, and 20, 2007. The most intense precipitation rates occurred during the afternoon and evening hours of Saturday, August 18, and the early morning hours of Sunday, August 19. Over the course of the event, all or portions of 28 counties received at least four inches of rain. Six-inch totals were common across the region, and portions of southeastern Minnesota reported astounding rainfall amounts ranging from 8 to 20 inches. The heaviest rainfall reports came from Winona, Fillmore, and Houston counties, where 36-hour totals exceeded 14 inches. The largest multi-day rainfall total reported (through Monday, August 20) was 20.85 inches observed near the town of Houston in northern Houston County. An official National Weather Service climate observer near Hokah in Houston County reported a storm total of 16.27 inches. Of the 16.27 inches, 15.10 inches fell within the observer's 24-hour observation cycle ending at 8:00 AM on Sunday, August 19. Larger amounts were reported by observers affiliated with state-sponsored monitoring networks, but the value at Hokah is by far the largest 24-hour rainfall total ever recorded by an official National Weather Service reporting location in Minnesota, and stands as Minnesota's Official 24-hour rainfall record. The previous Minnesota record was 10.84 inches, measured at Fort Ripley in Crow Wing County on July 22, 1972.

Precipitation map for entire rainfall event, August 18-20, 2007. In the areas hardest hit, 90% or more of the rain fell between the afternoon of August 18, and the early morning hours of the 19th. Map produced by Minnesota State Climatology Office.

The combination of huge rainfall totals and a very large geographic extent, make this episode one of the most significant rainfall events in Minnesota's climate history. In southeastern Minnesota, approximately 7.75 inches over a 24-hour period is said to be a "100-year" ( or 1% annual probability) storm. The current official source for return-period estimation indicates that the 1000-year (or 0.1% annual probability) 24-hour rainfall in southeastern Minnesota is about 12.5 inches. The much higher values measured at Hokah and elsewhere nearby are literally off the charts.

Additionally, climatologists have no means by which to estimate return-periods for storms of remarkable spatial extent. With this event, 24-hour rainfall amounts equal to or exceeding the "100-year" value of 7.75 inches covered thousands of square miles. We have no way to estimate the frequency of a storm producing that much rain over such a large area; we only know that it is exceptionally rare. Other events of comparable spatial coverage and only slightly lesser magnitude during the 2000s include extraordinary rainfalls in northwestern Minnesota on June 9-10, 2002, and in southern Minnesota on September 14-15, 2004. More large-spatial-coverage events are documented here.

The applied science of extreme rainfall frequency estimation has made remarkable strides in recent decades, and now incorporates sophisticated and flexible spatial and statistical techniques that have much greater power than techniques used during the 20th century. These techniques do not, however, have any sort of "crystal ball," because they are based entirely on past data. Familiar phrases like "100-year storm," therefore, really refer to a storm with a 1% annual probability at a given location, assuming the climate of that location is the same as it was during the reference period. This is an important distinction, because if the climate regime shifts dramatically, then that would alter extreme precipitation probabilities too. Indeed, climate scientists agree that a significant hydroclimatic change is underway in the Upper Midwest. This change appears to be making heavy and extreme rainfall more likely. Unfortunately, knowing the rate at which the size of 1% probability event is increasing, or the rate at which return-periods are shortening (for example, from 100 years to something less), is all but impossible.

All that said, no matter how we choose to examine the southeast Minnesota event of August 18-20, 2007, it stands out in the official record.

A Word of Thanks:

The State Climatology Office thanks the Soil and Water Conservation Districts, the National Weather Service, and all of the diligent volunteer precipitation observers who make analyses of these events possible.

Note: this entry was updated in October 2017 to reflect scientific advancements and to remove broken links. Previously viewed versions of this article are no longer available.