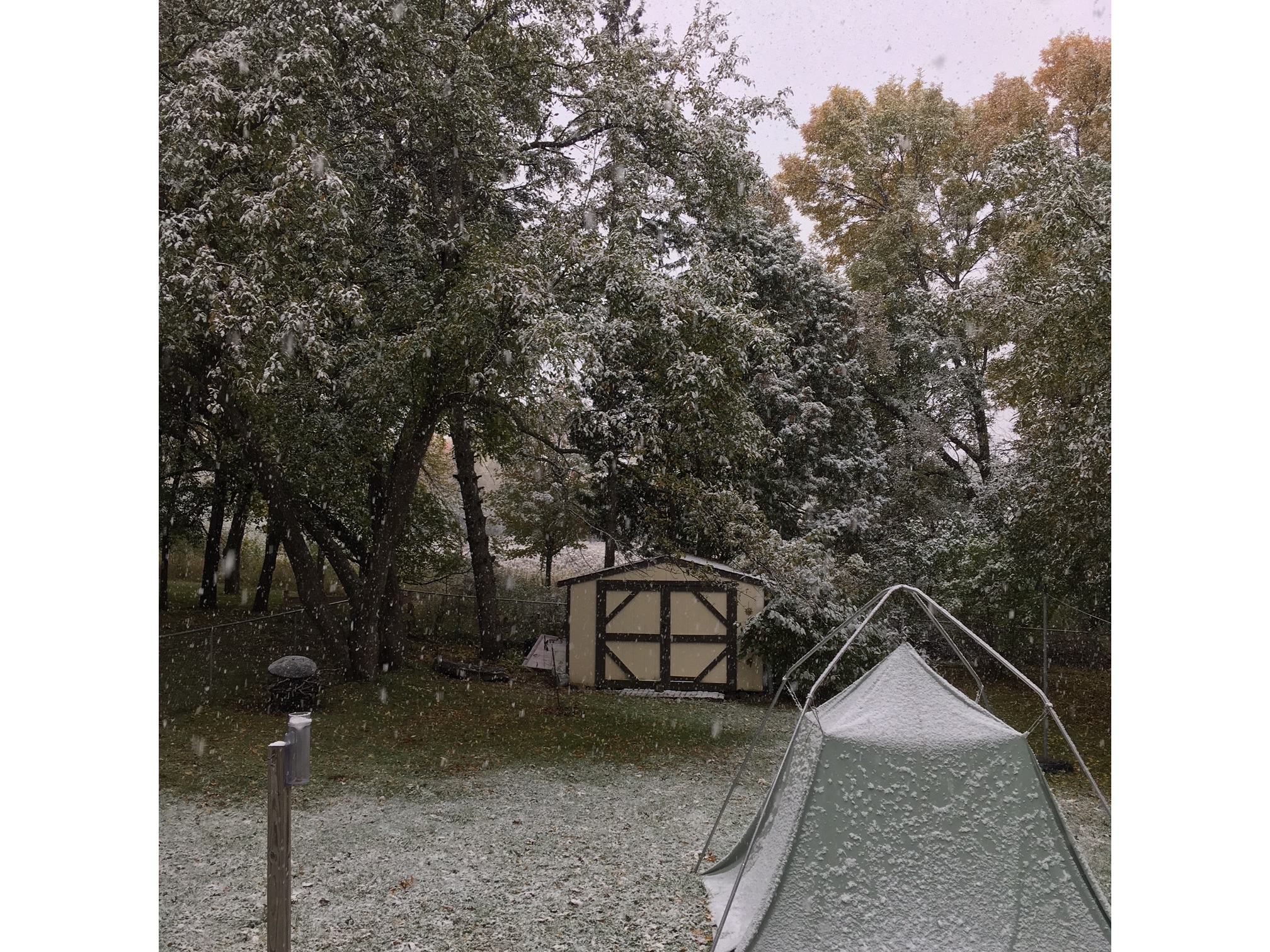 The first snowfall of the season blanketed parts of southern and northeastern Minnesota on Sunday, October 14. The snow fell in large fluffy flakes and reduced visibility to under a mile at times during the late morning. The snow accumulated mostly on elevated and grassy surfaces, while roads remained wet. Most snow had melted by early afternoon.

The deepest snowfall report from the National Weather Service was at West Concord in Dodge County with 3 inches of snow. Amboy in Blue Earth County measured 2.5 inches of snow. About an inch of snow also fell from Grand Rapids to Chisolm in northeast Minnesota. The Twin Cities International Airport measured .3 (three tenths) of an inch of snow. This was the earliest measurable snow for a season in the Twin Cities since 2009 when the first snow fell on October 10. The mean date for the first measurable snowfall for the Twin Cities is November 4.