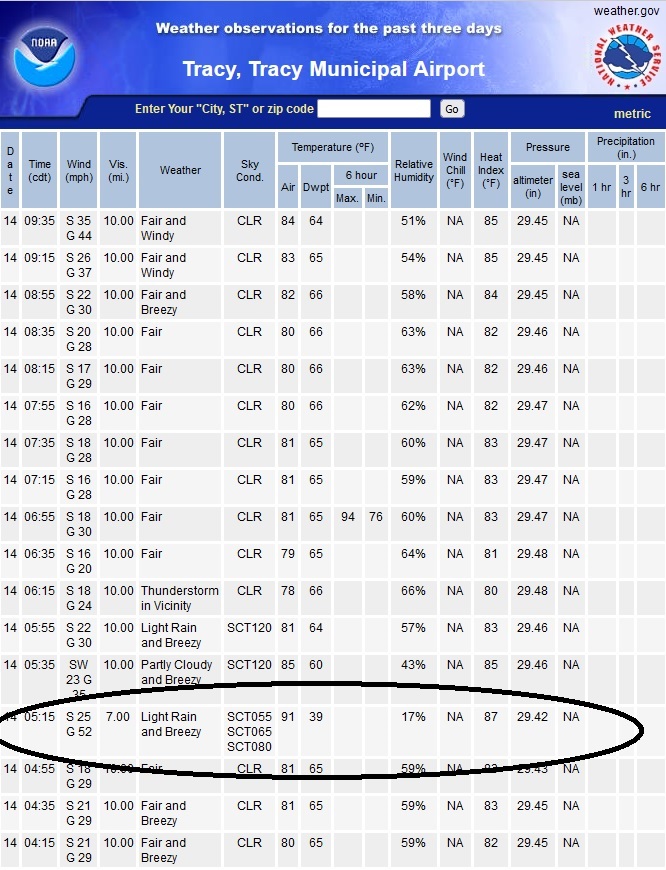 A dissipating thunderstorm drifting to the northeast across western Minnesota early in the morning of June 14, 2022 caused a "Heat Burst" at Tracy, MN.

A Heat Burst occurs when there is a sudden increase in surface temperature associated with a dying thunderstorm or a shower. When a thunderstorm or shower begins to weaken, and there is a hot and dry atmosphere in place, the downdrafts can accelerate. The remaining moisture dries up causing adiabatic (or compressional) warming. The Heat Burst occurs when this air reaches the surface. It can increase the temperature rapidly like it did in Tracy from 4:55-5:15AM. The air temperature warmed ten degrees from 81 to 91, the dew point temperature fell from 65 to 39 and there was a wind gust to 52 mph.

Between 6-7AM the Heat Burst reached Redwood Falls where the air temperature rose from 79 degrees at 6AM to 95 degrees, then back to 81 degrees by 7AM.

Heat Bursts are fairly rare occurrences, but are a sign that there is a very warm atmosphere in place. Once such event also occurred on July 17, 2006.