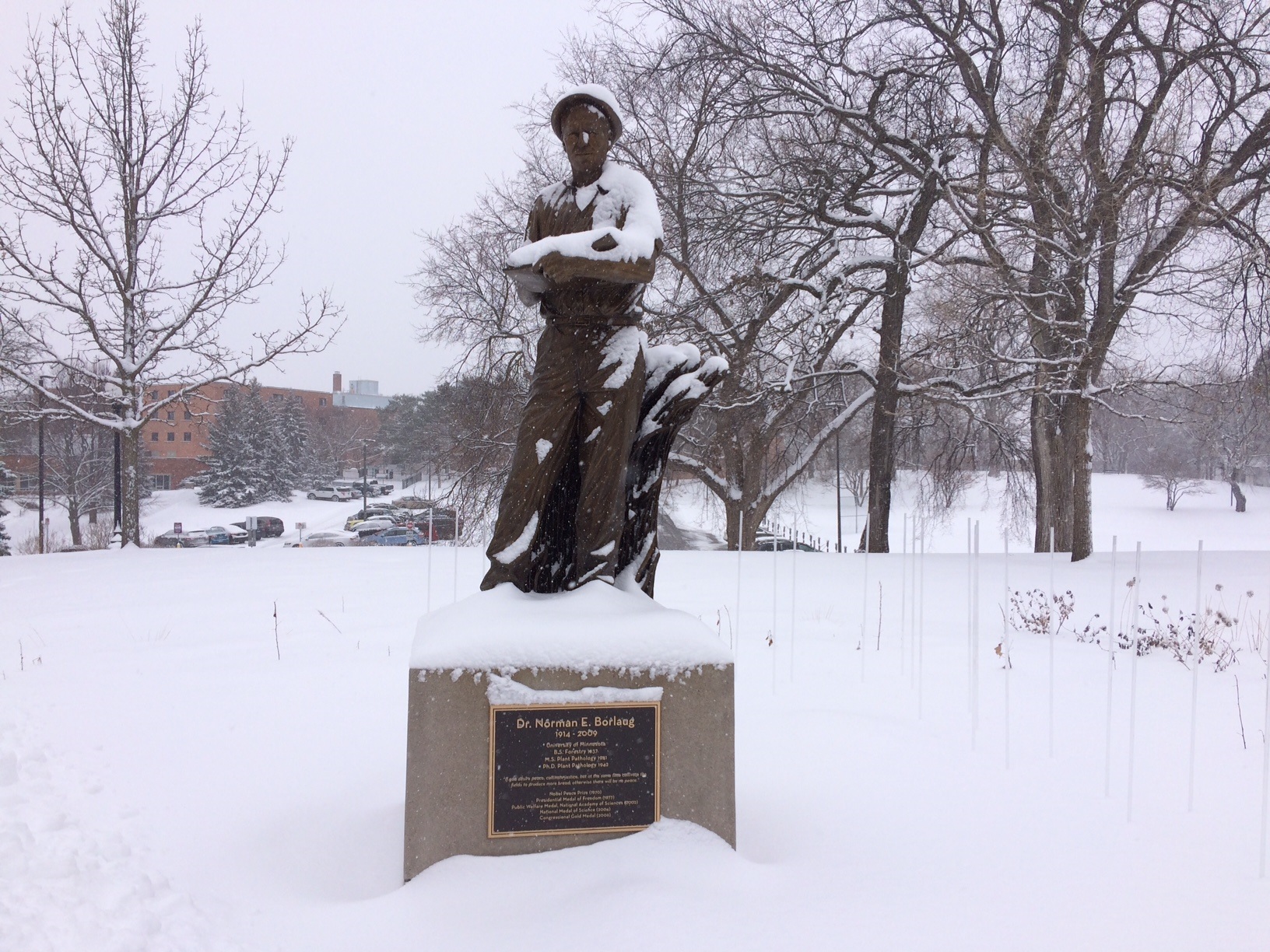 Snowfall on April 2, 2018 at the U of M St. Paul Campus
Courtesy: MNDNR State Climatology Office

A late season, two-act snowstorm covered a large section of central and southern Minnesota April 2-3. Winter landscapes reappeared from Hinckley to Red Wing and west to the Dakotas. Beginning mid-morning April 2, snow entered western Minnesota and over the next several hours dropped 1 to 3 inches over a wide area and up to 4 to 6 inches in several areas in the Twin Cities and west toward Hutchinson and St. Cloud. Although the snowfall was light in intensity it lasted from 8 to 10 hours. Following a respite of only a few hours, act II arrived from the southwest corner of the state spreading northeastward. This second swath dropped up to 7 inches over central and southern sections, including many that had received a sizeable amount the previous day.

Areas in both the Twin Cities area and St. Cloud saw the greatest combined snowfalls. Twin Cities international airport reported 9.0 inches and a St. Cloud site reported 11 inches. Like the late February storm, it was followed by bright sunshine. Although high temperatures remained below freezing the sun's springtime intensity rapidly melted snow on most streets and sidewalks. Nighttime temperatures dropped quickly into the upper 20’s causing refreezing on those same surfaces.