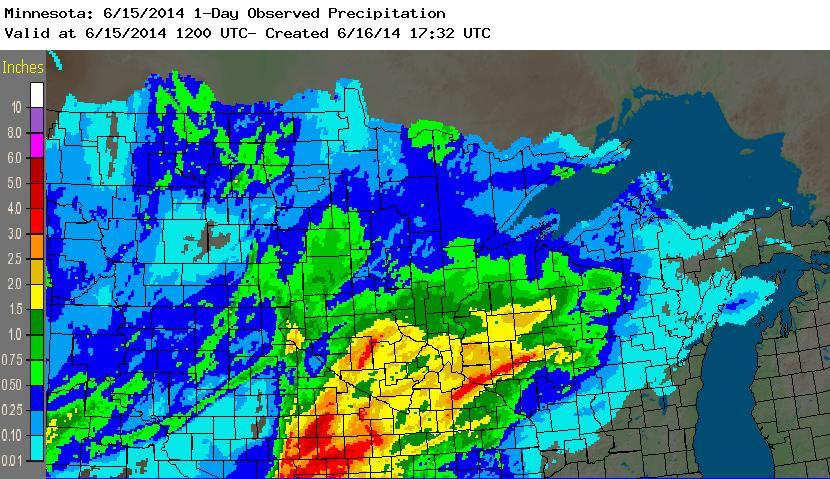 The wet June of 2014 continues with a weekend of rainfall across the state. Hard hit this time around was in southwest Minnesota. Luverne, Minnesota in Rock County saw 3.91 inches in a two-day total ending on June 15. So far for the month of June at Luverne the total is 9.92 inches, already setting the record for the wettest June on record for that location.

The Rock River at Luverne peaked at a record flow of 14.79 feet at around 2pm Sunday, June 15, breaking the old record of 14.23 feet from May 8, 1993. The city park and a nearby ball field was underwater as a result. Interstate 90 was also underwater and closed for about six to eight hours and was reopened on Sunday in the vicinity of Luverne. The highest two day rainfall found so far was 6.37 inches near Woodstock in Pipestone County.

This wet June has caused high water on lakes in parts of Minnesota including Rainy Lake in Koochiching and St. Louis County. In fact, Voyageurs National Park on Lake Kabetogama has seen 9.62 inches of rain through from June 1st to 16th.