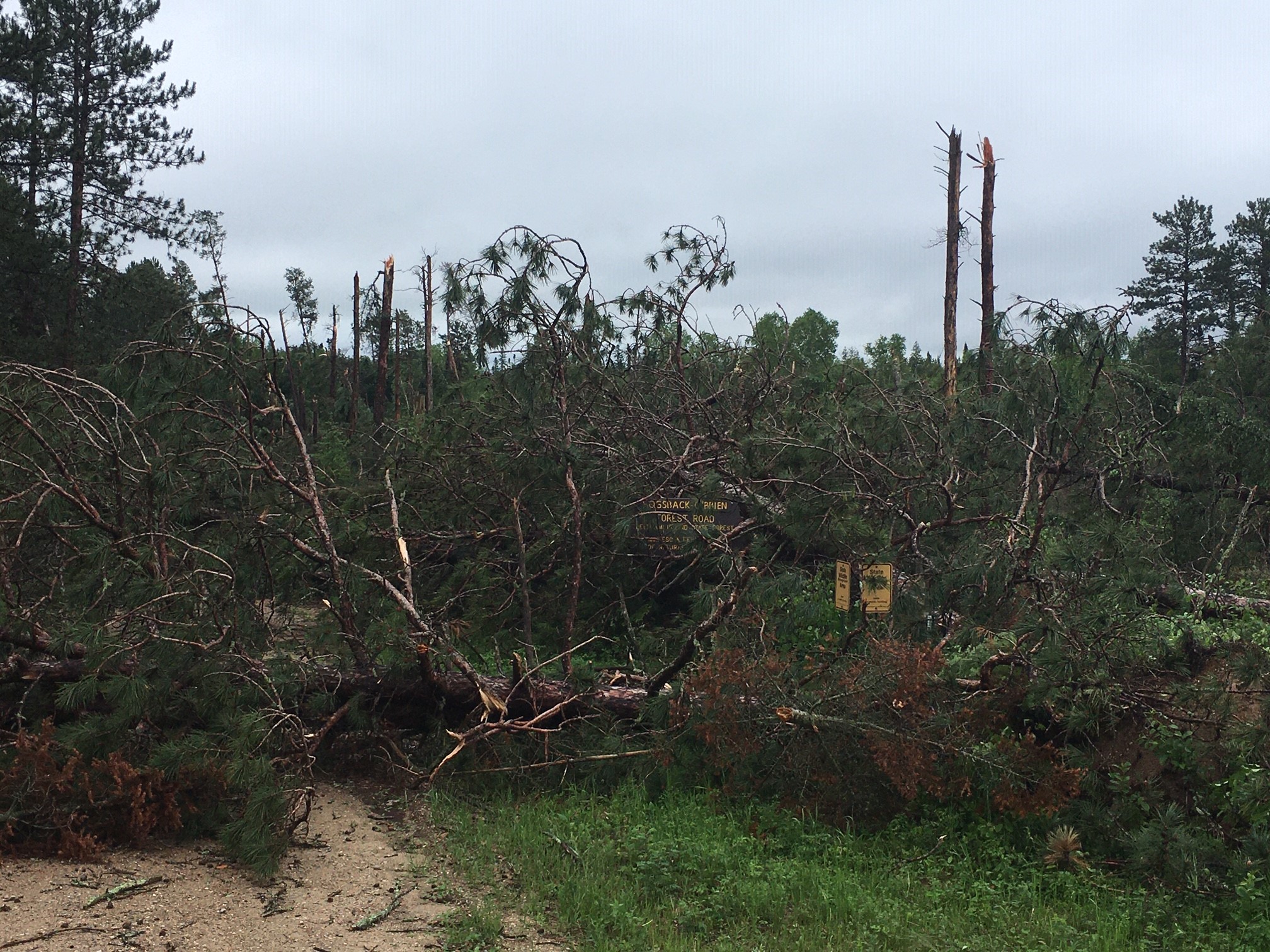 It was another scorcher across central, western, and southern Minnesota, as intense thunderstorms pounded the parts of the north for the third day in a row.

A low pressure system in southwestern Manitoba pulled hot air up into most of Minnesota on Monday June 8, with a warm front draped near the border with Canada, and a nearly stationary cold front running southwestward through the central Dakotas.

This set-up left most of Minnesota hot and breezy. Southerly winds gusting up to 40 mph and bright sunshine led to  temperatures climbing into and through the 90s across the southern 2/3 of the state, with 80s surging into the Arrowhead. The Twin Cities and St. Cloud both recorded highs of 96 F, Brainerd recorded a high of 93, and Rochester recorded 91 F. The low temperature of 74 F in the Twin Cities was the highest on record for the date. Milan, in west-central Minnesota, led the state again with a high of 99 F. Milan has reached 98 F or higher four times during June, and the first eight days of the month have been its warmest in its 126-year observing history.

In far northern Minnesota, deep moisture pooling near the warm front and strong winds aloft led to an eruption of intense, "supercell" thunderstorms near the Canadian border. Supercells are the most dangerous class of thunderstorms, and require unique conditions that allow them to self-isolate, rotate, and maintain high intensity, sometimes for hours. The supercells on Monday afternoon and evening produced hail the size of golf balls and slightly larger as they drifted over the Kittson, Roseau, and Lake of the Woods Counties, with a brief tornado reported in Marshall County. The National Weather Service in Grand Forks confirmed an EF-1 tornado at Norris Camp, in Lake of the Woods County, which also reported large hail at 850 PM.

More thunderstorms, including some supercells, emerged from the Dakotas after midnight on Tuesday June 9th, and paraded northeastward from the Fergus Falls and Detroit Lakes areas, to the area between Lake of the Woods and Rainy Lake.

All of the activity from the afternoon into the overnight hours resulted in rainfall totals of a half-inch to two inches over the northwestern third or so of Minnesota. Some of the rains affected areas that already had received 2-5 inches in the previous days.