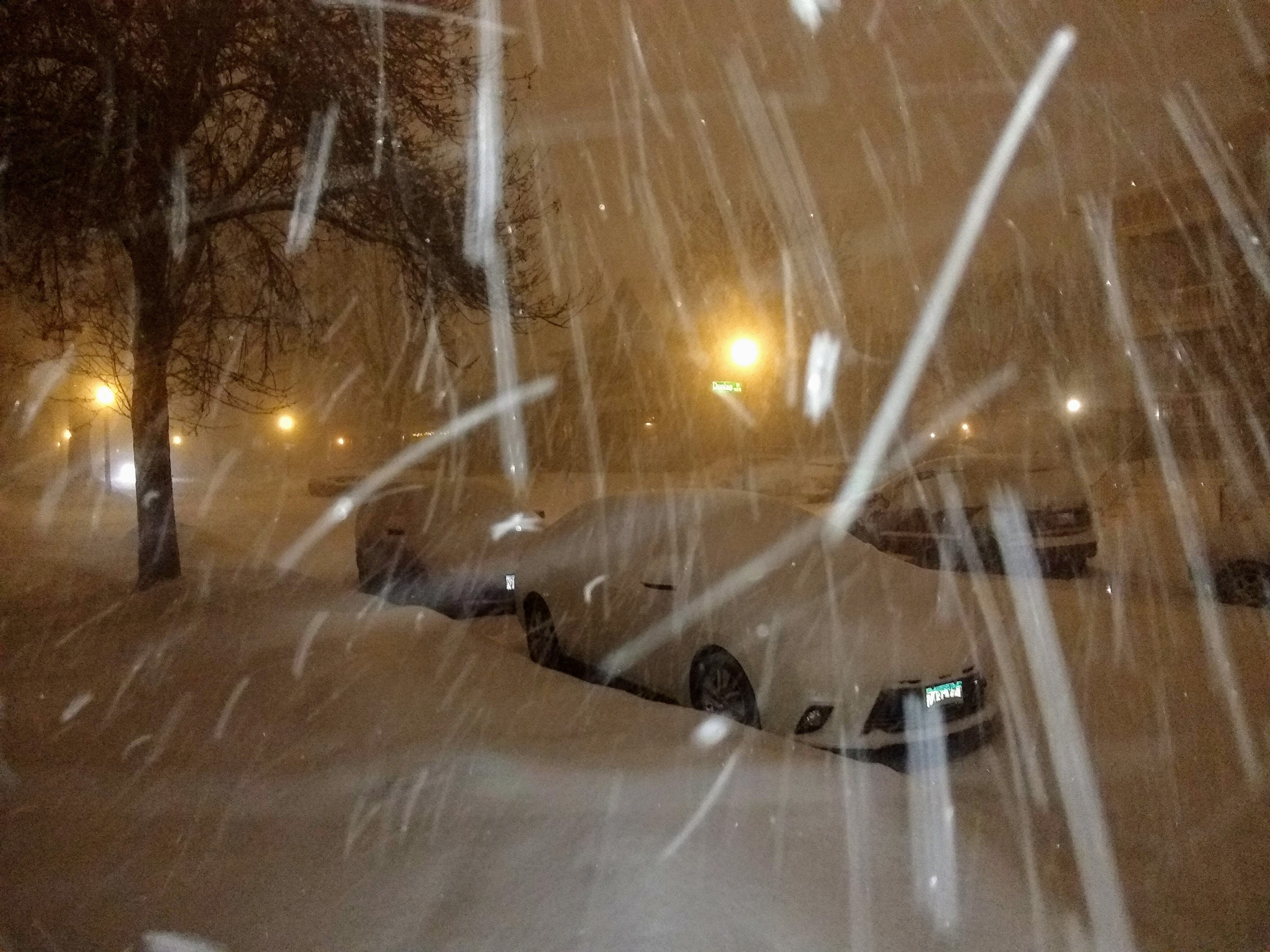 A complex storm system brought a mix of freezing rain, sleet, and thunderstorms to much of Minnesota, with a quick barrage of extremely heavy snow in some areas as a final act.

A low pressure system emerged from eastern Colorado late on Friday March 4, 2022, and tracked northeastward towards northwestern Iowa, southeastern Minnesota, and eventually northern Wisconsin and eastern Lake Superior by Sunday March 6. As is often the case, the storm track itself served as the general boundary between colder air to the north and much warmer air to the south.

The first round of precipitation started just after midnight on Saturday, and continued into early Sunday morning, as an area of moderate rain and freezing rain with embedded thunderstorms formed over south-central and southeastern Minnesota, extending into the the eastern 2/3 of the Twin Cities area. Where temperatures remained at or below 32 F, this activity produced a treacherous glaze of ice, particularly over the northeastern suburbs and outlying areas of Washington, Anoka, and Chisago counties. The ice was even thicker in western and northern Wisconsin, where the National Weather Service had issued Ice Storm Warnings.

Drizzle and freezing drizzle continued into the afternoon, before an area of rain, thunderstorms, and heavy mixed precipitation moved out of Iowa and southeastern South Dakota. Lightning and thunder were common with this wave of activity, and areas to the west and northwest of the Twin Cities had 2-3 hours of heavy thundersleet on Saturday evening, with freezing rain mixed in at times. From the Twin Cities on south and east, virtually all of this precipitation fell as rain.

As that wave of precipitation moved away, the temperatures dropped, the winds picked up, and a final band of snow spread eastward out of western and southwestern Minnesota.  Snow began intensifying after 10 PM in Marshall and Redwood Falls, spreading towards Wright and far western Hennepin counties before midnight.

After midnight on Sunday March 6th, the snow area pivoted eastward and briefly intensified to rare and extreme levels, as areas from near Lake Minnetonka, through Minneapolis and St. Paul, and northeastward towards Forest Lake experienced the snow equivalent of a "cloudburst." For a period of about two hours, visibility dropped to less than one city block at times (under an eighth of a mile), and snow accumulated at rates of up to three inches per hour. In St. Paul, for example, snow was observed to accumulate over 4 inches in 90 minutes, with another inch-plus falling over the next 30-45 minutes. The official observation at the Twin Cities International Airport was 3.3 inches of snow, all falling in just over two hours; this is a significant snowfall rate in its own right. However, areas just a few miles to the northwest and north received one to 2.5 inches more snow in the same amount of time. Accumulations of 4-6 inches were common among volunteer observers in the western, central, and northeastern Twin Cities metropolitan area.

To put these extreme rates into perspective, a typical "heavy" snowfall observation in Minnesota, with visibility to a quarter-mile or less, is associated with rates of about an inch per hour. Most areas in Minnesota see these types of snowfall rates once or twice per year on average, and it's not uncommon for communities to go years in between them. Even in heavy snowstorms, sustained snowfall rates exceeding two inches per hour are uncommon, and such observation may be expected just once or twice per decade, on average. Snowfall rates of three inches per hour occur only in Minnesota's very heaviest snow bands, and a given community may have decades in between such observations. In the Twin Cities, one probably has to go back to November 29, 1991 to find comparable hourly snowfall rates (that event produced over a foot of snow). There were likely multiple candidates from 1982 through 1985, which represent the snowiest period and with the most heavy snowstorms in Minnesota's recorded history.