Trend in Minimum Temperatures by Season for the Twin Cities: 1872-2013 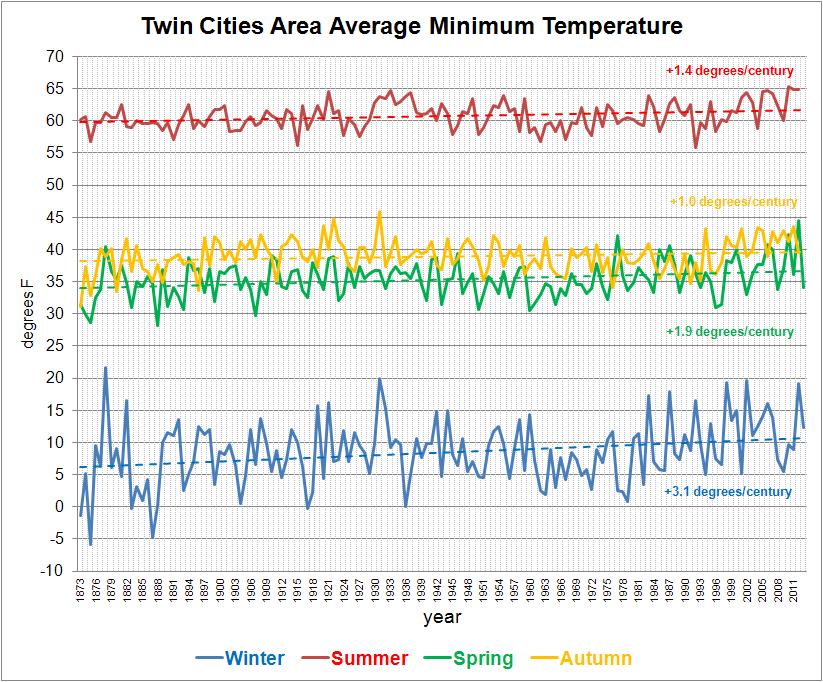 July 2013 has so far been warmer than normal with some very warm overnight minimum temperatures in the Twin Cities. In fact, one night did not get below 80 degrees.

The average minimum temperature by season in the Twin Cities has been increasing. The warming is most pronounced in the winter with a trend of 3.1 degrees per century using the period of record from 1872 to June, 2013. Despite Spring 2013 being much cooler than average there is still an overall trend upward. The season with the least amount of warming is the autumn with a one degree per century trend. In the summer, there's been a 1.4 degree trend.